Uber, Tesla and the Future of Self-Driving Snowmobiles 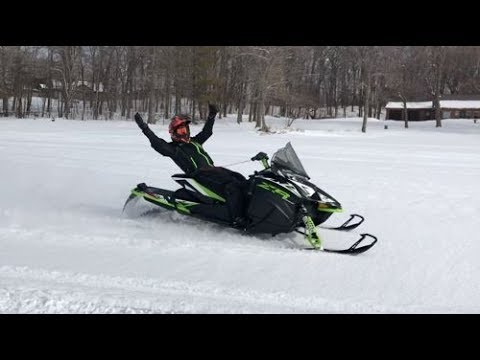 I have seen the future of snowmobiling and it might make you and I obsolete.

When Uber, Google (via Waymo, a subsidiary of parent company Alphabet), Tesla and other companies began testing driverless cars a few years ago, powersports industry insiders correctly speculated that it wouldn’t take long before snowmobile manufacturers took an interest in the emerging technology.

After all, many of the same benefits of automated driving automobiles had a direct application for snowmobilers, including:

– Improved mobility for children and the elderly

“There are many tangible benefits for self-driving snowmobiles,” said a former automobile industry engineer who has used the experimental technology on Arctic Cat snowmobiles with promising success.

Current self-driving snowmobile prototypes are built around a human passenger who can assume the controls at any moment. But as truly driverless cars are the endgame of the automobile industry, riderless snowmobiles will soon follow.

While I’m aware of efforts to bring driverless technology to Arctic Cat snowmobiles and have actually witnessed prototypes being tested, I have no desire to own such a machine now.

But in the future? I admit to being intrigued by certain aspects of a driverless snowmobile experience, including:

The leading cause of most accidents today is driver error. Alcohol, speeding, aggressive driving, over-compensation, inexperience, slow reaction time, inattentiveness, and ignoring riding conditions are all contributing factors. Self-driving vehicles are safer than regular vehicles because they take easily distracted humans out of the driving equation.

Removing the driver component will make the sport of snowmobiling safer for everyone.

You’ve ridden your sled to the bar would like to drink a beer. Go ahead.

Now have another. And another. Hell, just keep drinking until the money’s gone, because that self-driving snowmobile parked outside is your sober ride home.

Transportation experts see a day when the increased safety of driverless automobiles will result in raised speed limits on most roadways. If a similar situation develops with driverless snowmobiles, I can foresee a not-too-distant future when the speed limit on some trails increases to 65 mph (and perhaps even 75 mph on corridor trails).

We’ve all enjoyed the YouTube videos of hapless sledders who flub trying to load their snowmobile onto a trailer or onto a sled deck. Yet I’m sure if we’re all being honest, we’ve hated those times when we ourselves are the ones who launch into the cab of our trucks.

For the time-strapped snowmobiler who doesn’t have time to actually ride but still wants to boast about how many miles he/she has ridden during the season, self-driving snowmobiles are a true problem solver. Imagine your snowmobile logging miles while you’re at work; shoveling snow; cleaning the garage; taking a nap; etc…

Changing a blown belt can be a frustrating experience, especially when strands of Kevlar are wound tight into every crevice of the driven clutch. If snowmobile manufactures can make snowmobiles that drive themselves, surely they can also program the machines to change their own drive belts. Granted, this might be a feature available only on Spring Order models. 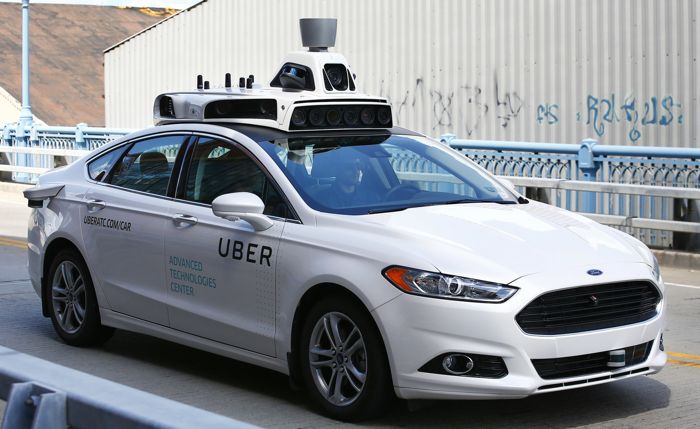 Several hurdles still remain before we will share the trails with driverless snowmobiles, including whether racing circuits will mix riderless sleds with traditional classes and whether OEMs can incorporate the gigantic sensing/computing apparatus onto the hood of a snowmobile without affecting styling.

And just because there are benefits to driverless snowmobiles doesn’t mean everyone desires to own one.

One company official I talked with acknowledged the challenge facing the snowmobile industry:

“Obviously if you’re in the camp of snowmobile enthusiasts who love to drive and consider it a sport, odds are you’re not excited about sharing the trails, lakes and backcountry with self-driving snowmobiles. However, we anticipate that OEMs will continue to offer one or two models that require human control. And there will always be regional riding parks that will cater to driver-controlled machines.”

Almost as an afterthought, he added: “I’m also fairly certain that vintage events like the Waconia Ride-In will still allow old, traditional snowmobiles.”

Exactly how far away are we from driverless snowmobiles?

One engineer I talked to put it this way: “If we now have electronic suspension control like iACT today, then self-driving snowmobiles are surely tomorrow’s technology. Maybe not literally tomorrow, because a couple of our electrical engineers are on vacation Monday and Tuesday, but for sure they could have something working by end of the day on Thursday.”

We all know the snowmobiling is a technology-driven sport, with each manufacturer trying to out-do the other with new innovations. Riderless snowmobiles will be a true “game changer.” But whether it’s “next level” will depend entirely upon snowmobilers like you.