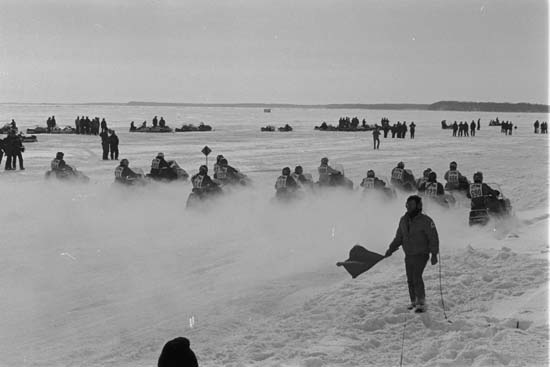 The glory days of the I-500 live on only in old photos, grainy films and stories told by those who were lucky enough to be there. 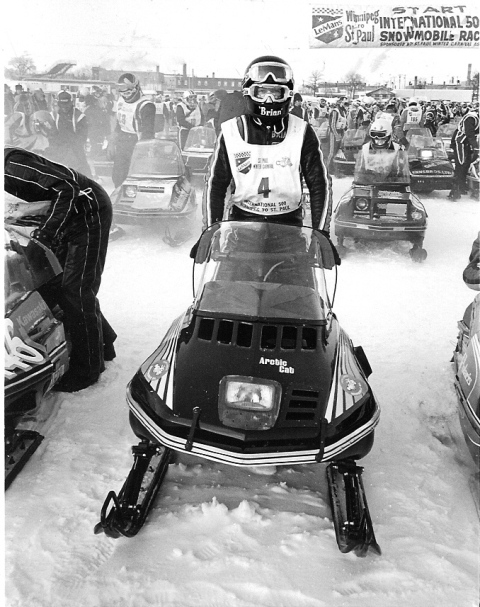 Names like Brian Nelson, Doug Oster, Jon Carlson and Archie Simonson stir memories of the fierce competitors who braved frozen terrain aboard leaf-sprung machines. Those glory days are set to return once again January 22, 2011, when The USCC National Guard Cross-Country Snowmobile Championship presents the Legends of Cross-Country Vintage class during the second leg of this year’s Red Lake I-500. 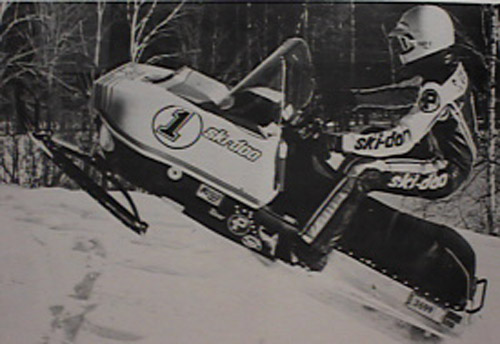 “Like so many snowmobilers my age I grew up idolizing these guys and I’m excited to see them race again,” said USCC President Pat Mach. “There are a lot of former racers contacting us about coming out to race and I have to say I feel like a little kid when race registrations come into the office with these names on them.”

Fans can watch these legends race the machines that made them famous or, if they think they have the guts, they can choose to match skills against them. There will be two divisions offered in the vintage class. The Vintage Legends class will be for racers 50 years of age and older, while the standard Vintage class will be for all other racers. 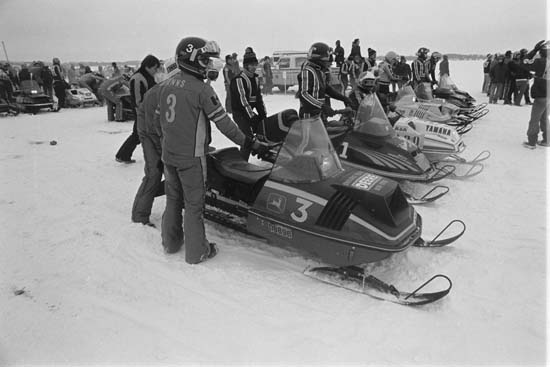 Vintage class sleds must be 1981 or older and no larger than 500cc for air-cooled sleds or 440cc for liquid-cooled. Vintage racers will run the complete 170-mile Saturday I-500 leg. The Vintage sleds will hit the course after all the modern sleds have left the starting line from the Seven Clans Casino in Thief River Falls, Minn.

The Saturday leg promises to be spectator-friendly with many opportunities to view the racers as they head north through Thief River Falls and then turn west towards the Northwestern Minnesota cities of Viking, Warren, Argyle and Oslo. The sleds will then head East through Warren and St. Hilare on their way back to the finish line at the Seven Clans Casino. 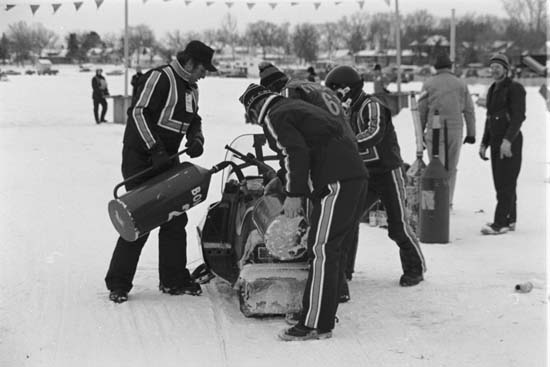 All the photos shown here are from the C.J. Ramstad Archives, and can be purchased HERE.