Last month I had the great pleasure to spend a couple hours with members of the Wadena County Trail Breakers snowmobile club during their 50th Anniversary celebration.

Wadena County is located in the North Central part of Minnesota, in a wonderfully rural area that seems to bridge the farmlands of the south and the forests of the north.

Being there and talking with the clubs current and past members reminded me of how much our sport relies on the unselfish dedication of people who largely go unheralded, but without whom this sport ceases to exist as we know it.

First, a few facts about the Trail Breakers according to club members:

The club started September 17, 1967 at the Huntersville Forest Campsite. It started out as the Sebeka Trailbreakers Snowmobile Club, with trails between Menahga and Huntersville. Most area towns had snowmobiles clubs in the 1960’s and 70’s when there were over 100 manufacturers of snowmobiles.

Due to the popular growing sport, a few individuals worked hard establishing trails, held races, trail rides, cookouts, and regular meetings (which they rode their snowmobiles to each time). As poor snow conditions and the economy caused manufacturers to close, many clubs did as well. The trails were groomed with an Alpine Ski-doo (twin track) pulling a coil bed spring.

The Trailbreakers continued to groom trails and have meetings throughout those times. The name was changed in the 1990’s to Trailbreakers Inc because it now includes all of Wadena County. There are members from every area of the county. Meetings are held the first Tuesday of each month in a different area of the county. The areas that make up the club are Sebeka, Menahga, Huntersville, Wadena, Verndale, Nimrod, Staples, Aldrich.

Today the club maintains 204 miles of trails in the county. This also includes 2 corridor trails that people can ride from one end of the state to the other much like an interstate highway. The trail system relies on private property and 2 state forests.

The club has nice equipment consisting of 2 large Tucker groomers, plus a smaller Track Truck groomer, a skid steer and equipment for mowing brush and doing trail work. One groomer is based in Wadena and the other in Sebeka. The club also grooms the Wolf Lake trail system including the Smoky Hills. 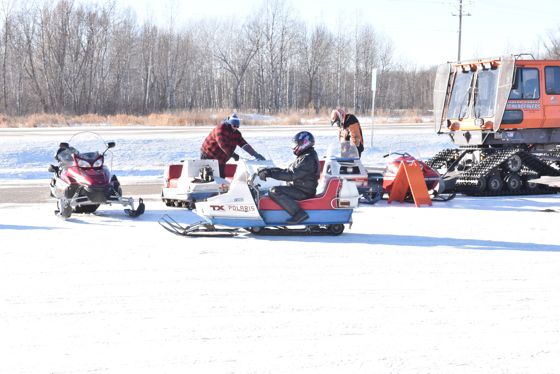 The celebration took place in Sebeka, Minn., and included rides of the modern and vintage varieties, plus a non-judged show. 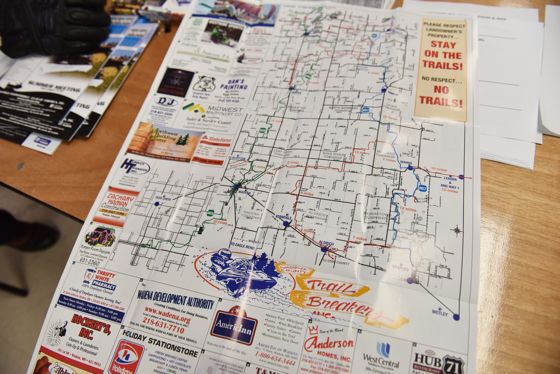 The club commemorated the original members, many of whom talked about the joy (and challenges) of starting a snowmobile club in the late 1960s, as well as the incredible growth of the sport in the 1970s. Some of those original  Trail Breakers founding members (L-to-R): Clayton Paurus, Archie Lake, Waino Wierimaa, Emil Burgau, Larry Huotari, David Paurus, Ray Kangas and Bob Hillstrom. 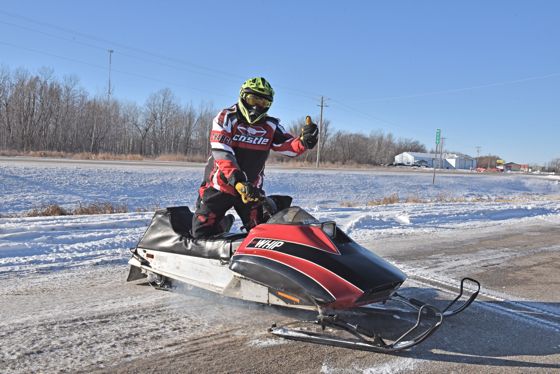 Journalist, collector and all-around great guy Les Pinz was there, taking part in the vintage ride aboard his Scorpion Bull Whip as well as soaking up the atmosphere of the club and its members. 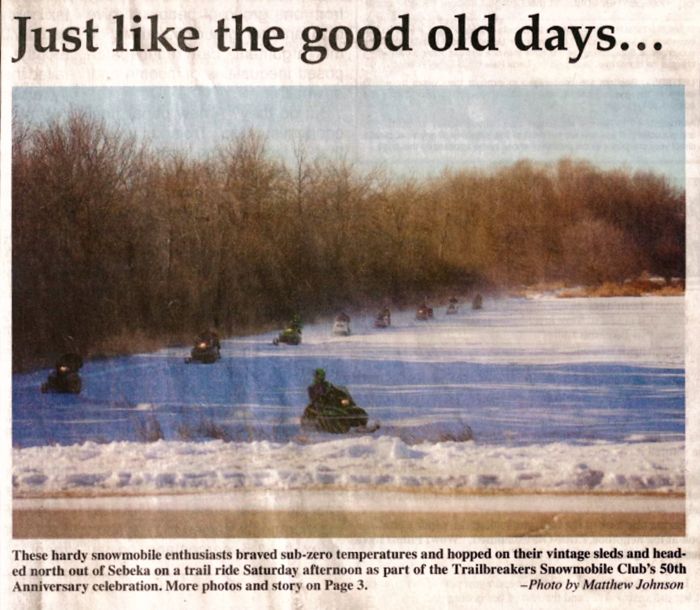 The local paper ran a front-page story of the event, which made me happy. Clubs and their members so seldom get the recognition they deserve, whether it’s from the general population or from (some) snowmobilers who use the trails.

As I drove away from the event that afternoon, I contemplated what the sport of snowmobiling would look like without clubs. It’s not a pretty picture. They are the sport’s backbone. Without them, we crumble.

Whether it’s a club like the Trail Breakers who have been around for five decades, or another club who’s just a few years old, we all owe you a debt of gratitude. Actually, we owe you more than that: at a minimum we owe you a few bucks to join the membership of a club where we live and/or where we most often ride. Even more, we owe you a few hours spent getting trails prepped, puting signs in the ground, attending a meeting, removing signs in the spring, or any other opportunity to plug-in the process.

The sport we love depends on it, and on us.

A big thanks to ALL snowmobile clubs and their members! 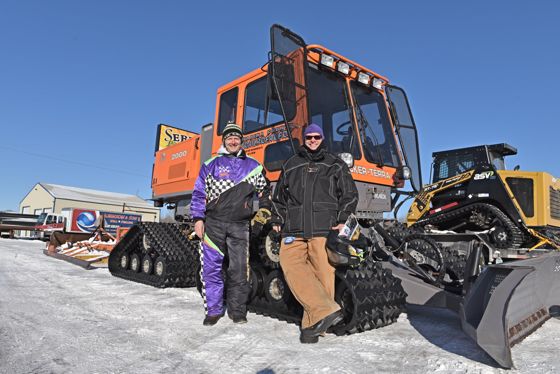 A special thanks to Mike (left) and Rick Mattson, who invited me to share the day and who are always a pleasure to chat with when I see them at various events throughout the year.