Arctic Cat recently announced news about its 2013 line of ATVs and side-by-sides. The big news in this announcement:

-The addition of a swaybars on many models.

All good stuff, yet like most people here I can’t get enough of new, new, new! And although Arctic Cat isn’t saying anything, it’s been their MO to roll out new dirt product in waves, rather than the all-in-one shot that mostly characterizes their ATV line-ups. Which leaves room for the possibility that we’ll see brand-new 2013 model year machines at a later date.

For here and now, check out the pix and info below on what they’ve announced so far. 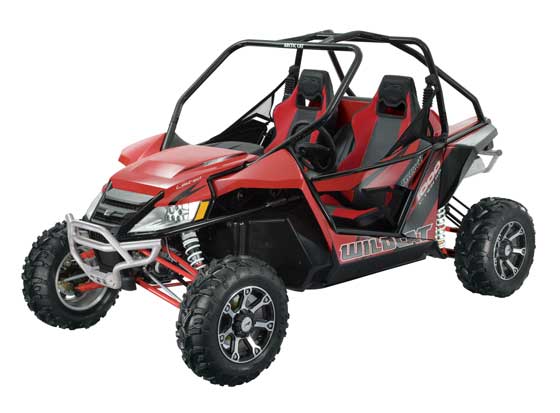 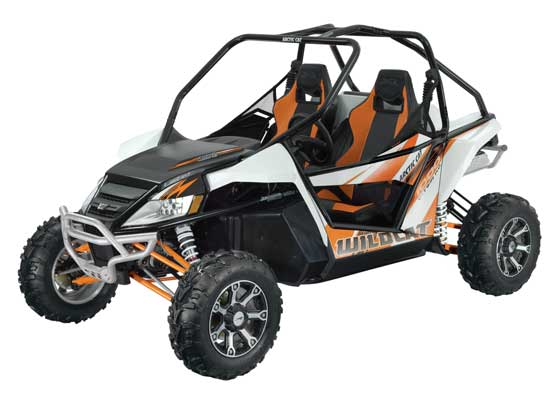 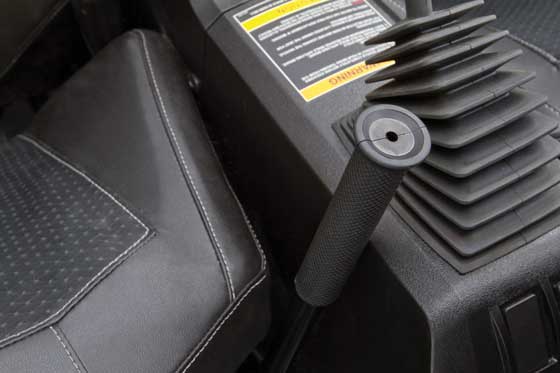 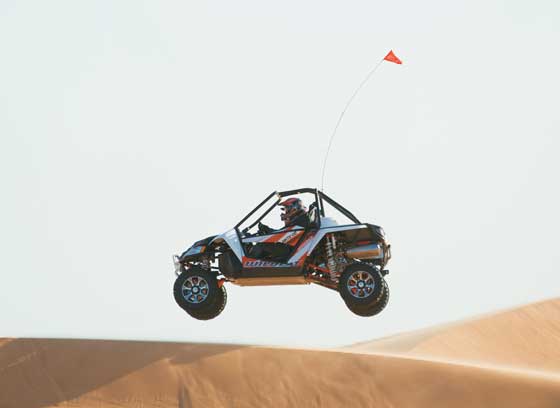 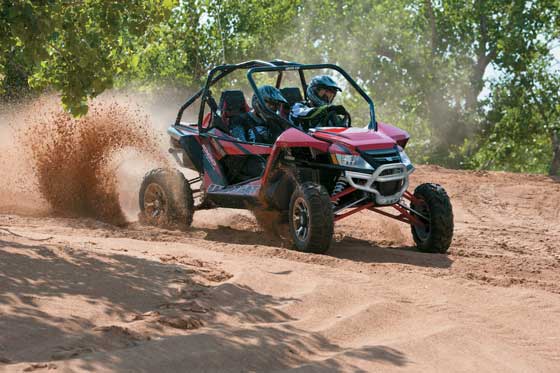 Above, some photos of the 2013 Wildcat just for your viewing pleasure. 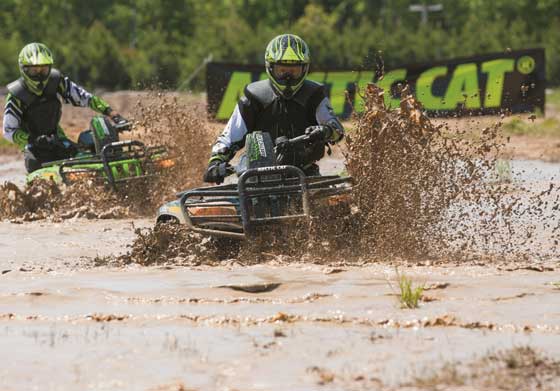 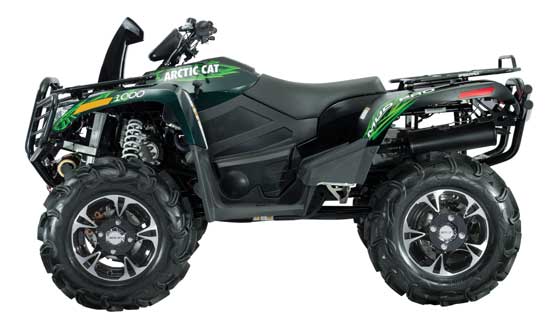 The MudPro 700 and 1000 Limiteds return in Emerald Green Metallic goodness with EPS, 14-in. rims, 28-in. Maxxis Zilla hoops and the tell-tale intake snorkel.

Most of the ATV line is organized by engine size and three package levels: CORE, XT and Limited. 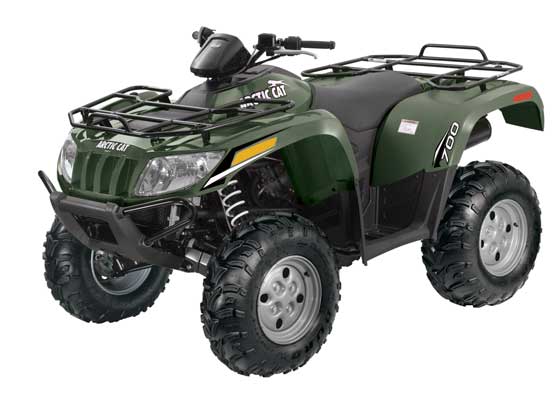 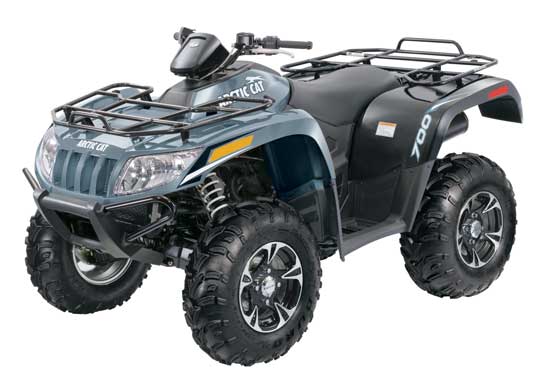 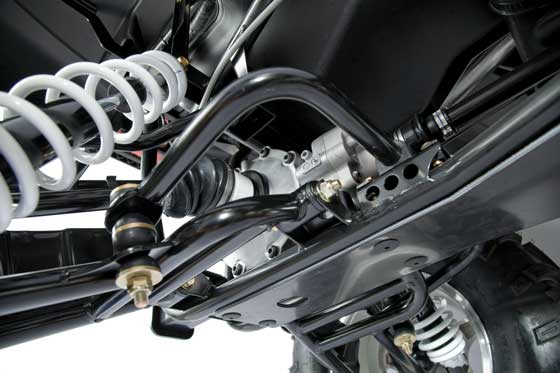 A swaybar is the big news on 2013 ATVs in the XT and Limited packages.

I haven’t ridden these machines myself, but based on my conversation with people who have, the calibration and ride quality makes a HUGE improvement, particularly while cornering. That stands to reason, but it should be noted that the engineers didn’t simply slap a swaybar on existing machines and call it a day. Instead, they completely recalibrated the shocks and springs to not just achieve flatter cornering, but also not giving up much/any crawling and uneven-terrain performance. 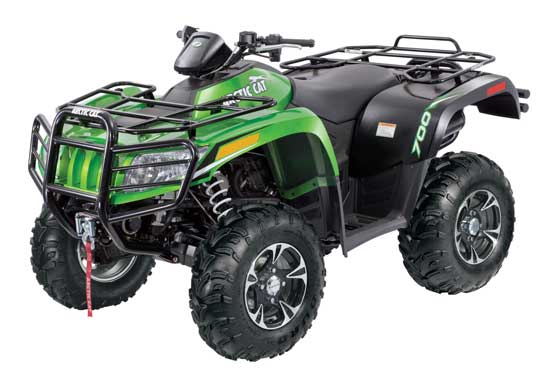 Finally, the top-of-the-line Limited package starts with the XT offerings, then ups the ante with front and rear heavy-duty bumpers and a 3,000-lb. winch. 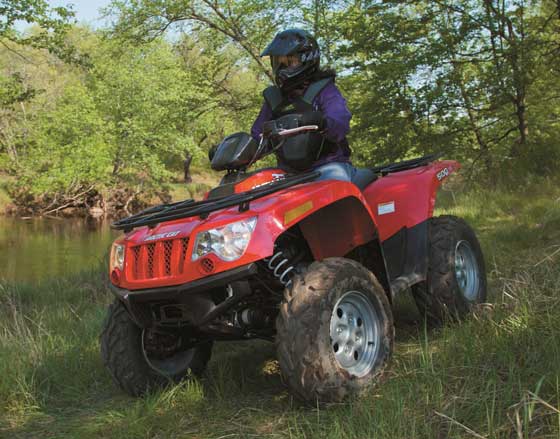 Most of the 2013 line looks like its predecessor, however, the addition of the new 500 CORE should prove to be a big hit, given that it’s aiming directly at the competition with a lowly $6,399 (U.S.) MSRP yet offers EFI, something the competition doesn’t at this price point. (Yes, the 500 engine is actually a 450.) 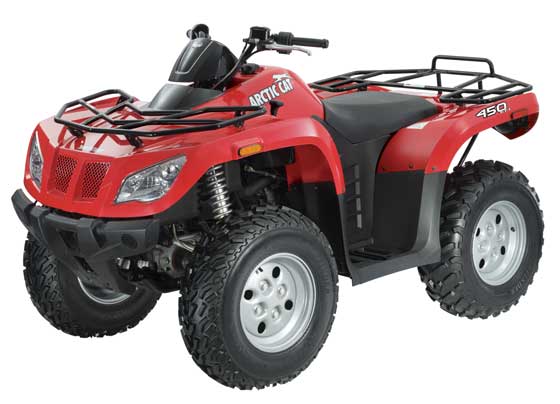 There’s also new 400 and 450 (shown) models for 2013. New bodywork complements a 366 or 445cc liquid-cooled engine, the latter of which features EFI. Both models are what I would consider “smaller” or, perhaps, mid-sized. Both are value-oriented machines.

CLICK HERE to see more cool images and info on the 2013 Cats.