Where to See the 2015 Arctic Cat Snowmobiles 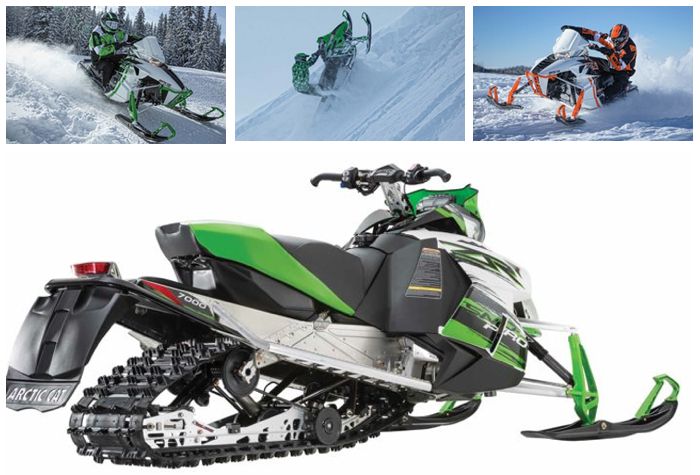 In a change-up to the traditional spring Sneak Peek show schedule, Arctic Cat is throwing a different pitch for seeing the 2015 snowmobiles.

For starters, your local Arctic Cat dealer probably has three 2015 models on display (and perhaps even for demo riding).

All Arctic Cat snowmobile dealers who attended the recent Dealer Show received three production 2015 models. The three machines are a mix of machines popular in the dealer’s area, and could include 6000, 7000 and 8000-Series engines in ZR, XF and M configurations.

I’ve heard reports of several dealers offering demo rides on their 2015s, which is pretty cool. A call to your dealer will confirm which models they received.

In addition to the dealer sleds, Arctic Cat will bring the majority of its 2015 line to five late-season events, beginning with upcoming Snodeo in Colebrook, NH, and the Snofest in Old Forge, NY (see below). 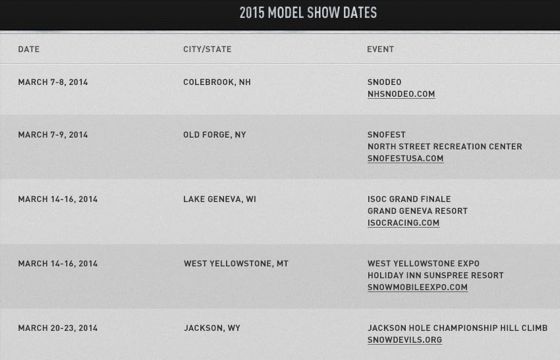