Why is Jim Dimmerman Smiling? 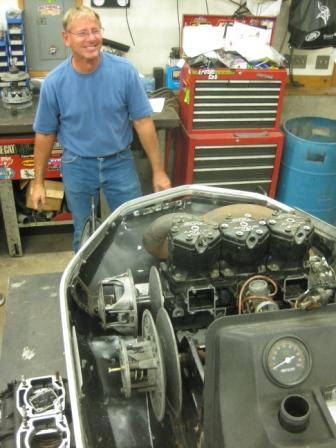 Why does 1984 World Champion and Team Arctic legend Jim Dimmerman have such a huge, sheet-eating grin on his face?

Yep, that’s a 900cc triple from a ’94 Thundercat that he’s shoehorned into a chassis designed for a 440cc twin.

The inspiration for this slight modification came last year, when Dimmerman was inducted into the Snowmobile Hall of Fame. Having taken a sabbatical from the sport, Dimmerman returned to the SHOF weekend having contemplated what his outstanding racing career meant to him. He shared those very personal thoughts during his acceptance speech, leaving nearly everyone in the crowd teary-eyed and thankful for having heard it.

That same weekend Dimmerman heard countless stories of the vintage Ride with the Champs. Anecdotes of flipper-to-the-handlebar sprints, Sno Pro-styling cornering and gut-busting laughter from people like his friend Aaron Scheele, I-500 champ Brian Nelson, Tom Rowland from Thomas Sno Sports, cross-country legend Archie Simonson, vintage nut Joe Rainville and others, inspired Dimmerman to build his own sled and return for the 2011 vintage Ride with the Champs.

But no ordinary stock sled would cut it.

Famous not just for his oval racing exploits, but also for his world record setting speed run efforts aboard a Thundercat, Dimmerman knew exactly what motor he’d like to have powering his vintage tiger.

So Dimmerman and Scheele got to work slicing, dicing and welding together this little number. Dimmerman’s goal is to have a stock-sounding 900 triple, with a 121 x 1.25-in. modern track and suspension, grafted on to an otherwise stock looking ’79 el tigre. 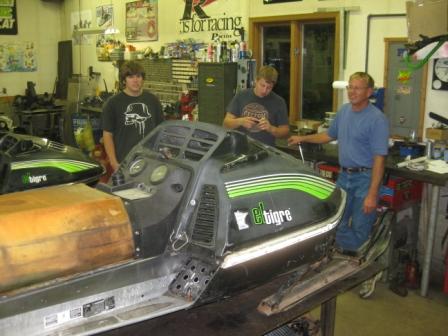 Of course, Scheele has his own “slightly modified” tiger in the works, which he too will be riding at the SHOF this season. This previously-clandestine mission is taking place at Scheele’s shop, which has taken on the image of a vintage museum/race shop over the past couple season.

Joining them will be Rowland, Eric Bergstrom and a host of other knuckleheads.

More work is to be done, and arcticinsider.com will have more in-depth pictures and information on Dimmerman and Scheele’s sleds in the coming weeks. 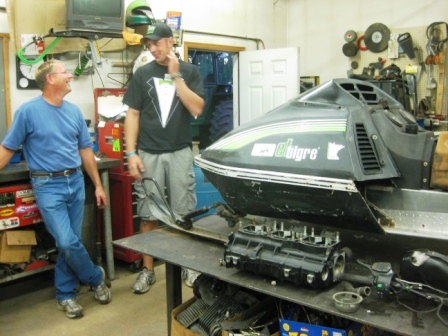