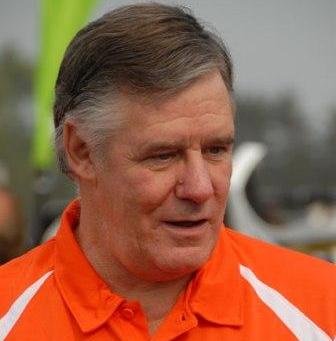 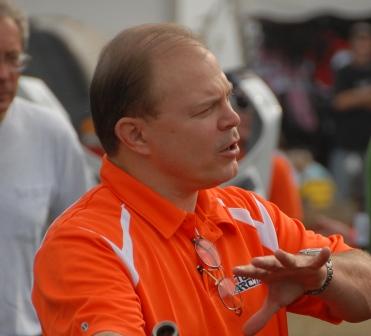 As far as company news goes, this is pretty big. It’s too soon to know what kind of changes might happen with Claude Jordan as the new CEO.

Maybe I’ll snag an interview with Jordan early into his role as CEO, and ask him that question. For now, read the press release below for the official stuff.

Christopher Twomey to Retire as CEO at Year End, Remain Executive Board Chair; President and COO Claude Jordan to Succeed Twomey as CEO

MINNEAPOLIS, Oct 28, 2010 (BUSINESS WIRE) — Arctic Cat Inc. (NASDAQ:ACAT) announced today that Christopher Twomey, 62, plans to retire as chief executive officer at the end of December 2010. He will continue to serve as executive board chair to ensure a smooth transition. The company named Claude Jordan, 54, to succeed Twomey as president and chief executive officer on January 1, 2011.

The company’s leadership succession plan accommodates Twomey’s decision to retire after serving as Arctic Cat’s CEO for 24 years. He became president and CEO in 1986, was named a director of the company in 1987 and assumed the board chair position in 2003. During his tenure, Twomey led Arctic Cat through an initial public offering in 1990, increased the number of employees from 99 to more than 1,300 people, and grew revenues from $7.5 million to more than $450 million in fiscal 2010. Under Twomey’s leadership, Arctic Cat also entered the all-terrain vehicle (ATV) business, which now accounts for the largest percent of the company’s revenues. Twomey’s contributions to the industry were recognized by his being named to the Snowmobile Hall of Fame in 2008.

“First, the board wants to thank Chris for his leadership of the company for more than two decades. He built Arctic Cat into a market leader in the power sports industry, and is leaving the company in strong financial shape with an outstanding team. We look forward to continuing to work with Chris as board chair,” said Kenneth Roering, lead director of Arctic Cat’s board. “The board also congratulates Claude on his new role. He has a proven record of success at Arctic Cat and a deep understanding of the company’s business. We are confident in his ability to continue to profitably grow the company and enhance shareholder value.”

Jordan joined Arctic Cat as president and chief operating officer in 2008, and was elected to the company’s board of directors in August 2010. During that time, Jordan has been responsible for Arctic Cat’s operations and has led the company’s ATV business for the past two years, implementing significant product line changes and increasing Arctic Cat’s ATV market share.

Twomey commented: “During the past two years, Claude played a significant role in the company’s return to profitability, despite a recession that hit the power sports industry hard. His understanding, energy and passion for this business will serve Arctic Cat well.”

“I’m excited to build upon Arctic Cat’s strong reputation, and I look forward to working with our dedicated employees to grow this business,” Jordan stated. “My initial priorities are to continue carrying out Arctic Cat’s strategic plan and to further enhance the company’s profitability and operational efficiency. Arctic Cat is well-positioned for success. We have the vision, proven strategies and talented people to achieve our long-term goals.”

Before joining Arctic Cat, Jordan was employed most recently in executive positions with The Home Depot and General Electric. Jordan served as vice president of The Home Depot and president/general manager of its THD At-Home Services, Inc. business from 2003 until 2008.

Prior to that, Jordan was with General Electric Company from 1998 to 2003. During his last four years with General Electric, he served as president and CEO of GE Water Technologies, a worldwide water treatment manufacturing, sales and services business. Before heading GE Water Technologies, Jordan spent a year in business development with GE Power Systems, managing mergers and acquisitions for new initiatives.

Jordan earned a bachelor’s degree from the U.S. Naval Academy in Annapolis, Md., a master’s degree from Catholic University in Washington, D.C., and an M.B.A. from The Wharton School at the University of Pennsylvania.