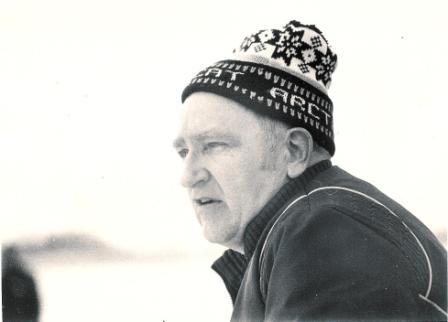 The legendary founder of Arctic Cat, co-founder of Polaris and “grandfather” of snowmobiling died on Saturday, February 12, in Grand Rapids, Minn. He was 90 years old.

An innovative visionary who turned the concept of an over-the-snow machine into a playful winter pastime, Edgar made deep, lasting tracks that led to a new means of experiencing winter.

“Edgar did more than just make tracks,” said Roger Skime, Vice President of Engineering at Arctic Cat, “He broke a trail. From the frozen farmlands of Northwest Minnesota to every state, province and country that has snow. Along the way he built a company, nurtured an industry and shaped the culture of winter recreation with an unbridled optimism that made the sport what it is today, and will be tomorrow.”

In 1954 Edgar, along with his younger brother Allan and brother-in-law David Johnson, formed a manufacturing company in Roseau, Minn. The company produced its first snowmobile in 1956, a concept that Edgar initially scoffed at. But he quickly and wholeheartedly embraced the snowmobile, and soon became its greatest promoter. His flair for adventure and promotion led him on an unprecedented 1,200-mile snowmobile trip across Alaska in 1960, which brought national exposure to a fledgling sport despite unanticipated derision “back home.”

Undeterred, Edgar founded Polar Manufacturing in Thief River Falls in 1961, where he began producing snowmobiles that reflected his dreams. One year later he changed the company name to Arctic Cat, and began a series of innovations that transformed hulking snow “machines” into small, playful snowmobiles.

Edgar didn’t invent the snowmobile, but he envisioned its near-limitless opportunities with a clarity and passion that made him the greatest pioneer the sport has ever known.

“Edgar focused on the ‘mobile’ aspect of snowmobiles,” said Skime. “At the time few had any idea where the sport would go, but Edgar had a unique vision. He could imagine the possibilities, especially the social relationships. Perhaps his greatest insight was that snowmobiles were a means for people to recreate together.”

Five decades later, Edgar’s vision continues to propel a sport and an industry.

“Today, snowmobiling continues to capture our imagination,” said Claude, Arctic Cat President and CEO. “It fuels our spirit of adventure, and it enhances our lives by connecting us with friends and family.”

Although the extended family of employees, dealers and snowmobilers sheds a collective tear at Edgar’s passing, we raise our hands to cheer the sport, industry and culture that he so profoundly shaped. Because while the long, lifetime-track Edgar made has ended, the trail he blazed continues onward.

Godspeed to you, Edgar Hetteen.