In 1971, Arctic Cat purchased lawn and garden manufacturer General Leisure. Their line of lawn mowers and tractors were rebranded “Grass Cat” and “Lawn Lion” as part of the effort to break into a utility, non-recreational market. 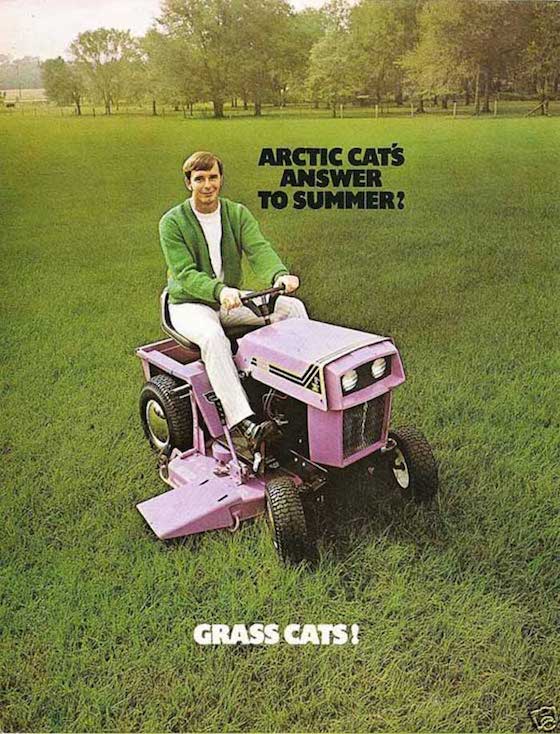 Since a tender age I’ve been attracted to lawn tractors, and lawn maintenance. Owning a purple Grass Cat has been on my bucket list, and I can now say I’ve scratched it off after purchasing one at the Gearhead Get-Together in Maple Lake, MN last summer.

With a small pocketful of cash, a mild 3:2 buzz and a moment of weakness, my son and I walked by this (72/73 Deluxe?) in the swap and did what most would…pay too much.

“Just buy it dad. We can get it running” was about all I had to hear. (sigh) 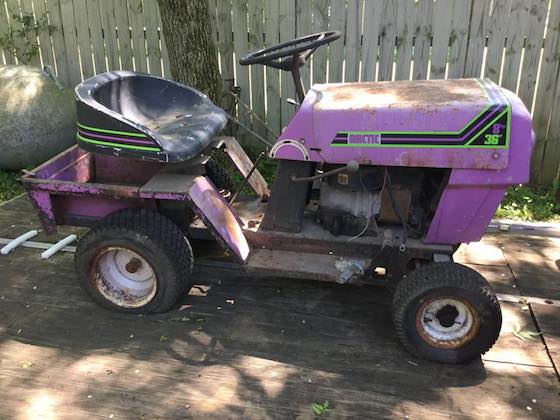 After getting the Grass Cat home, the slightest buyers remorse set in after further inspection of really rusted pullies, lifeless 8hp engine, flattened tires, leaking rear diff and years of neglect from sitting outside for many, many years. 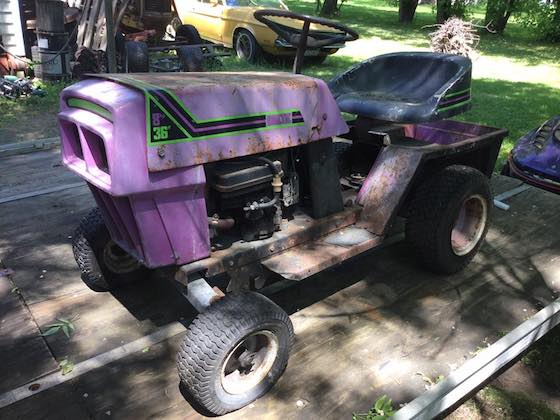 The remorse worsened as my son and I started tearing the unit down to “restore” back to running condition. I kept telling myself, “don’t worry about the money, this is a fun project to work on with your son” meanwhile thinking about how hard it was to find replacement parts for those that I was destroying.

The remorse was too much to handle and I pulled the plug after watching a fully restored Grass Cat on Craigslist drop feverishly in price from $750 to $350. Where was that a couple weeks previous? (deflated sigh)

After pushing the pile of Grass Cat parts to the corner of the garage, I decided to take the project in a different, non-running direction – Why not build a swap meet tow wagon? 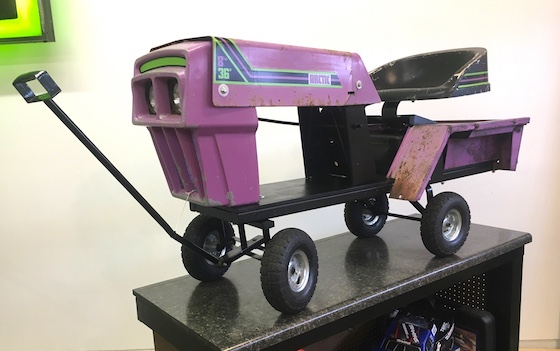 Im pretty ok with the near end result. I disassembled my daughters wagon (It wasn’t being used and free), scavenged the wheels and axle assemblies and bolted to a new wooden chassis which reduced weight over the steel version by nearly 30lbs. 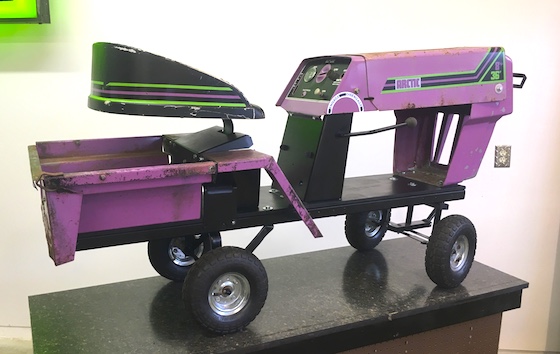 The bodywork was pretty rusty and the bed and fenders had been given a black spray bomb paint job at some point. Having nothing to lose, I wet sanded all the body work, removed most of the black spray paint and then followed up with a quick wax to bring out the remaining purple paint. 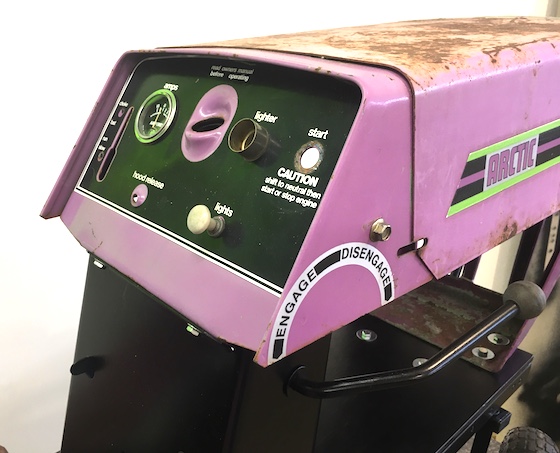 God Bless America and a time when a guy needed a cigarette lighter on his lawn tractor…I wonder how many Pall Mall cigarettes this Deluxe got per acre? And in true ArcticInsider fashion, this GrassCat is also Disengaged. 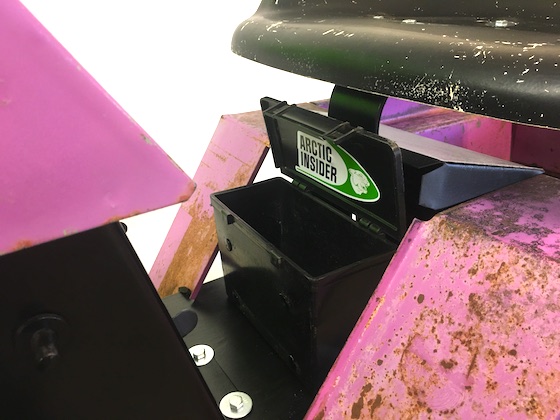 The original metal console panel was missing when I purchased, so I added a little storage box I had from a 78-ish Jag snowmobile. 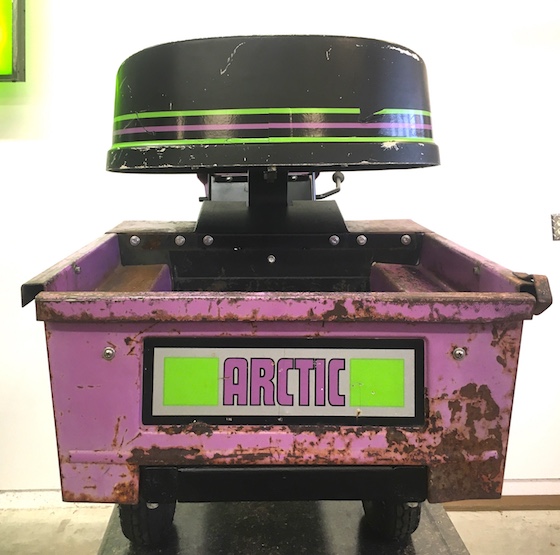 Speaking of storage…I always admired the GrassCat and Arctic Cat’s foresight to add a small, functional bed with tailgate behind the seat. 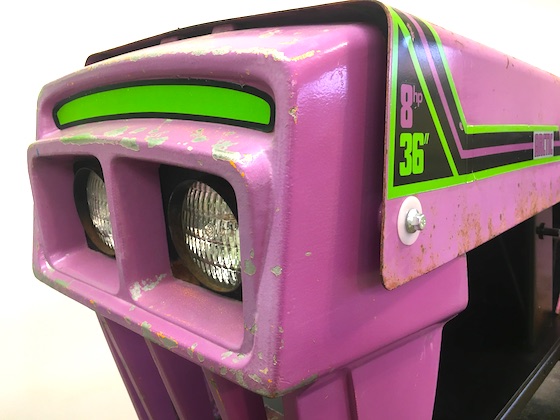 8hp and 36-inch width cut…this was considered the top of the line Deluxe model in 1972/73 and its tiny! When did things get so big? OR why were things so small then?

WHAT TO DO NEXT?

For now, this ol girl is going up on the garage shelf until next spring.  My intent is to mount some form of beverage cooler underhood yet and get the original steering wheel remounted. If you have any suggestions short of adding a HEMI or fixing the cigarette lighter, let me know in the comments.