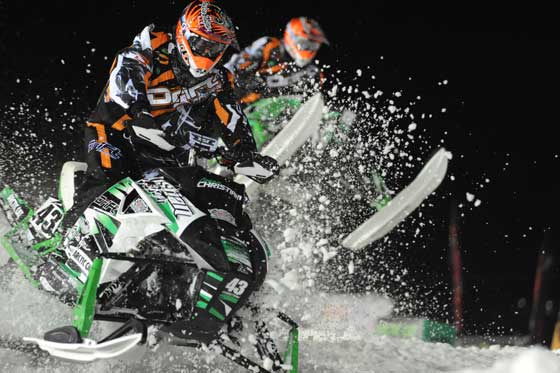 Another weekend of top race results posted in front of a record-sized crowd marked the highlights for Christian Brothers Racing at this past weekend’s ISOC National. The team traveled to Canterbury Park in Shakopee, Minn. As it played host to Round 5 and 6 of the ISOC National snocross tour. The horse racing facility just south of Minneapolis, Minn. is historically one of the top venues for fan attendance on the National snocross tour, but Saturday night topped them all as fans filled the racing facility. 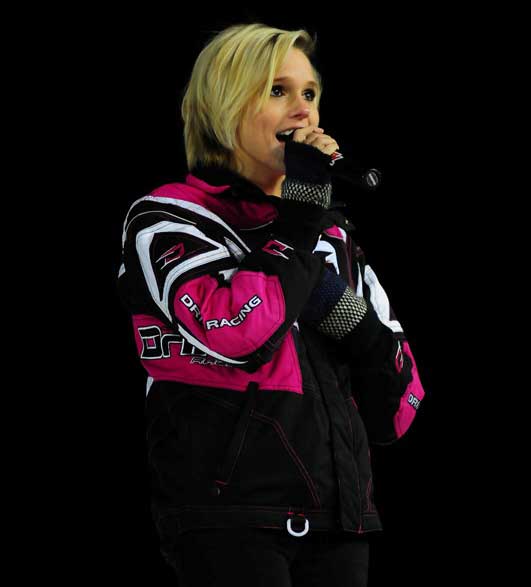 To kick it all off, CBR, Drift Racing and Troy Lee designs presented local up-and-coming singer Jordan Holm to sing the National Anthem at the opening ceremonies (wearing the latest DRIFT Racing gear, of course).

Logan Christian (picture above) returned to the team after sitting out one race to let his surgically-repaired knee heal a little more. It’s amazing what a month will do as Christian, who had significant soreness after the Duluth National, was back at 100-percent for Canterbury. While he missed making the final on his first night back on Friday, he went 2-3 in heats on Saturday and earned a spot on the front row for the final.

“I’m so happy to be back racing and for my knee to be back to normal,” said Logan. “I don’t feel like I’ve lost a step and the rest of this season for me is going to be about winning.”

Typically a slow starter, Garth Kaufman is already moving up in the finishing order, scoring a fifth place finish Friday night. Kaufman went 4-6 in heats and had to transfer to the final through the LCQ. The back row starting spot didn’t slow him down and he worked his way through the pack from a 12th place start and had slotted himself into 5th by the time the checkered flag came out. On Saturday Kaufman started from the back row again and worked his way up to ninth. 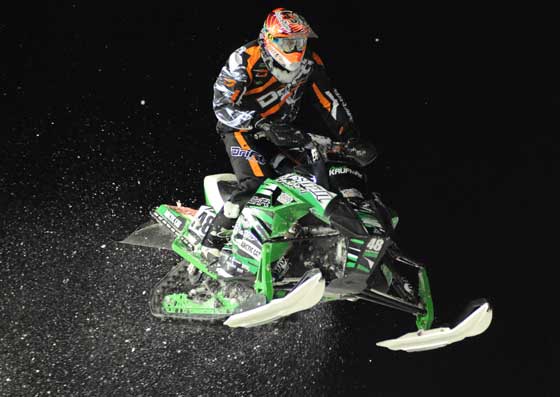 “I feel like I get stronger and my lap times get better as the race goes on,” Garth said. “For me, getting on the front row will be the key to putting my Arctic Cat sled on the podium.”

Cory Davis had an equally-successful weekend transferring to both finals. Davis is back on the National tour after sitting out the snocross season last year in favor of cross-country racing. Davis scored a Top 10 finish on Friday. 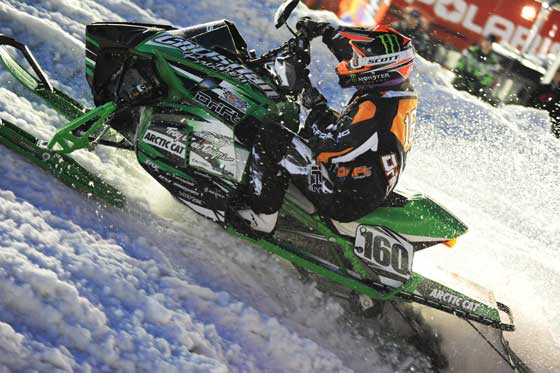 “It was a good weekend and the team did a great job getting our sleds dialed in,” said Cory. “There is so much talent out there but I feel like we’re right there with the best, we just need some luck to come out way.” 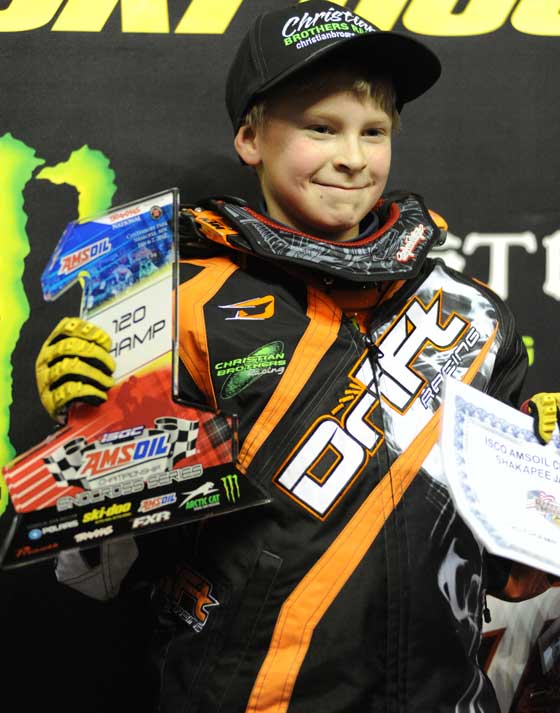 CBR up-and-comer Evan Christian claimed two podium finishes. His first came in the Transition Limited 8-12 class where he went 1-2 in his heats and finished in second place. It’s clear Evan likes being on the podium because later that day he went 5-1 in Champ 120 qualifying and won it all in the final.

CBR cross-country specialist D.J. Ekre came to Canterbury with the team and raced the Pro Am +30 class where he took a Top 5 finish. Ekre went 3-1 in heats and finished 5th in the final.

“Canterbury was another great weekend for the team,” said team co-owner Dwight Christian. “Our riders and mechanics have been working hard and as a result we’re improving every weekend. The crew has our Drift Racing Troy Lee Designs Arctic Cat snowmobiles working great and it won’t be long before our riders start taking more podium spots.”