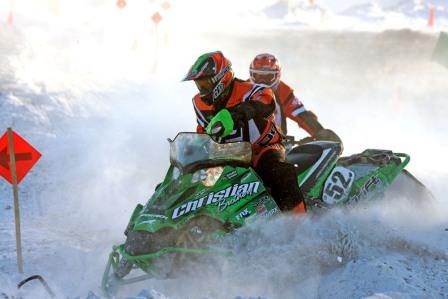 By Sunday the blizzards had moved on and the day dawned clear and cold. The Grafton course featured twisting river sections, tight woods, wide open fields and drifted tree lines. The Pro Open race was the first event scheduled and CBR racers made it count, placing 1-2-3 and filling the podium with Ekre standing on the top step followed by Ryan Simons and Dick. CBR riders Logan Christian, Zach Pattyn and Garth Kaufman finished ninth, 10th and 11th respectively.

The last race of the day was Pro 600. With a full complement of racing taking place in between Pro Open and Pro 600 the 14.5-mile course had become extremely rough, dropping lap times and making for challenging riding. Twenty-four riders started and Simons had an 8-9-second lead on the last lap of the three-lap race but ran into trouble just two miles from the finish, suffering a get-off and losing enough time to drop him into second place with a time of 54:24.783 and a best lap of 17:50.587. Kaufman put in a stellar run; landing just off the podium in fourth place (54:41.787) and logging the sixth fastest lap time (17:55.70617:55.70617:55.706). Ekre finished eighth, Pattyn landed in 10th and Christian placed in 17th. 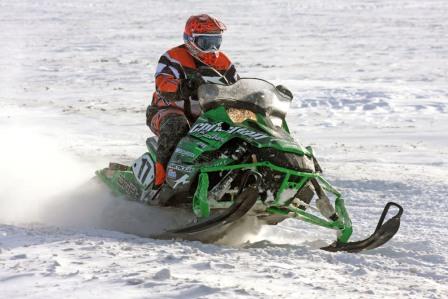 CBR Semi-Pro Chad Kyllo got the win in Semi-Pro Improved and finished on the podium in third in Semi-Pro 600, setting fast lap times in both classes. The newest CBR member and first time cross-country racer Spencer Kadlec finished sixth in Semi-Pro Improved, besting twelve other riders in a veteran lineup of Semi-Pros. Kadlec went on to place a respectable 15th in his first Semi-Pro 600 race later in the day.

Next up for CBR is the ISOC Piranha-X Western National snocross event scheduled to be held at Rio Tinto Stadium in Sandy, Utah, January 8, 2011. For more information in CBR please visit www.christianbrosracing.com.