FOX Championships from Across the Snowbelt

FOX celebrates championships from every corner of the snowbelt

No matter the circuit or the terrain, FOX athletes finished strong this season capturing year-end championships in virtually every discipline in snowmobile racing. From the snowmobile world’s biggest stage at Winter X Games and the national snocross tour to the premiere cross-country and hill-climb circuits in North America, FOX-equipped sleds came out on top.

In the rough-and-tumble world of the International Series of Champions National Snocross tour, where the terrain is beyond anything found on the trail, FOX athletes knocked out the competition in both Pro Open and Pro Lite categories. In the highly competitive Pro-Lite ranks, where stock suspension tuning is key, Jake Scott dominated the second half of the season, gaining confidence and nabbing victories race after race. 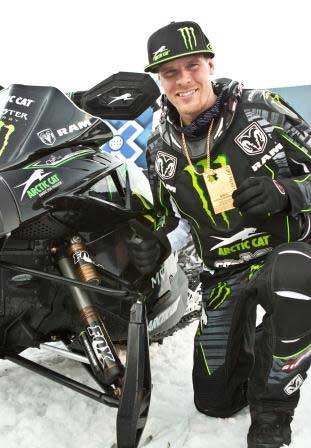 FOX took care of business in the Pro Open ranks, where Tucker Hibbert sewed up the top spot early in the final weekend of competition. Regarded by most as the best snowmobile racer in the sport today, Hibbert has relied on FOX to win seven national snocross championships. Adding more credence to his performance, Hibbert also captured the gold at the 2013 Winter X Games snocross competition, bringing his medal count at Winter X to 11.

When it came time for Ryan Simons to choose a suspension package to control the unknown terrain in the high-speed world of the U.S. cross-country tour, he immediately turned to FOX. Throughout the season, Simons demonstrated why he is often regarded as one of the fastest terrain racers on the planet, as he tackled wind-swept ditch lines and whiteout-condition lake beds with ferocity. The result: A victory at the prestigious I-500 and another FOX championship in the premiere Pro 600 class. 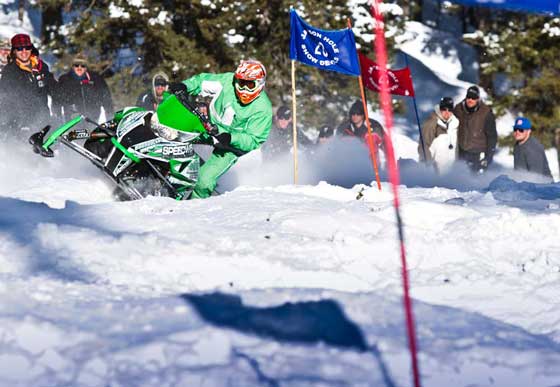 As the winter season wound down, the competition on the slopes of the Rocky Mountains looked up, as racers attempted to conquer near vertical ascents over some of the world’s harshest terrain. Covered in ice, rocks, ruts and huge craters, the Rocky Mountain Snowmobile Hillclimb Association hosts some of the biggest and most challenging hill-climb competitions in the world, including the renowned Jackson Hole World Championship. Kyle Tapio rose above the competition and was crowned King of Kings by besting the rest in Improved Stock and Open Mod classes.

Not to be outdone, Erin Beukelman is in position to capture the year-end Mod King of Kings title as he sits on a comfortable margin with one race remaining.

“When it comes to snowmobile racing, nobody has more experience with tuning and setups than we do,” FOX Snowmobile Race Manager Rick Strobel said. “We were the first performance shock company to really embrace the snowmobile market, and that experience combined with our passion to win and unmatched shock technology is what sets us apart from everyone else.”