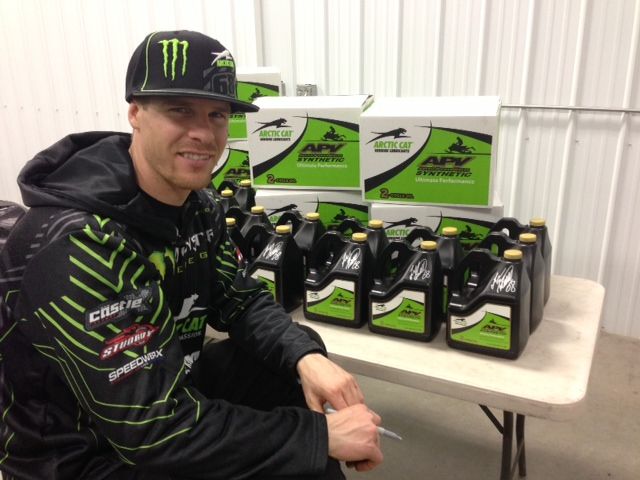 This one is pretty much a no-brainer, must-do opportunity.

Tucker Hibbert has won more snocross races than any other active racer and is currently a handful of wins away from becoming the winningest snocross racer ever. Tucker and his team demand the best performance and protection for their championship-winning Arctic Cat snowmobiles, and that’s why they run APV. For the 2013-2014 Snocross race season, APV Oil is proud to continue being the Official Oil Supplier for Hibbert’s Monster Energy/Team Arctic team.

Hibbert wants his fans to win with APV just like he does, so every time he takes the checkers this season during a Pro Open Final, eight fans will receive an autographed jug of APV oil. Odds are good too – last season Tucker won over 70-percent of the races he entered while using APV Lubricants.

Signing up for a chance to win is easy, just log on HERE to Arctic Cat Lubricants and enter your info. You only need to enter once to be eligible to win after any of the races on Hibbert’s calendar. Visit www.tucker-hibbert.com to see Hibbert’s race schedule. Enter for a chance to win when Tucker wins! 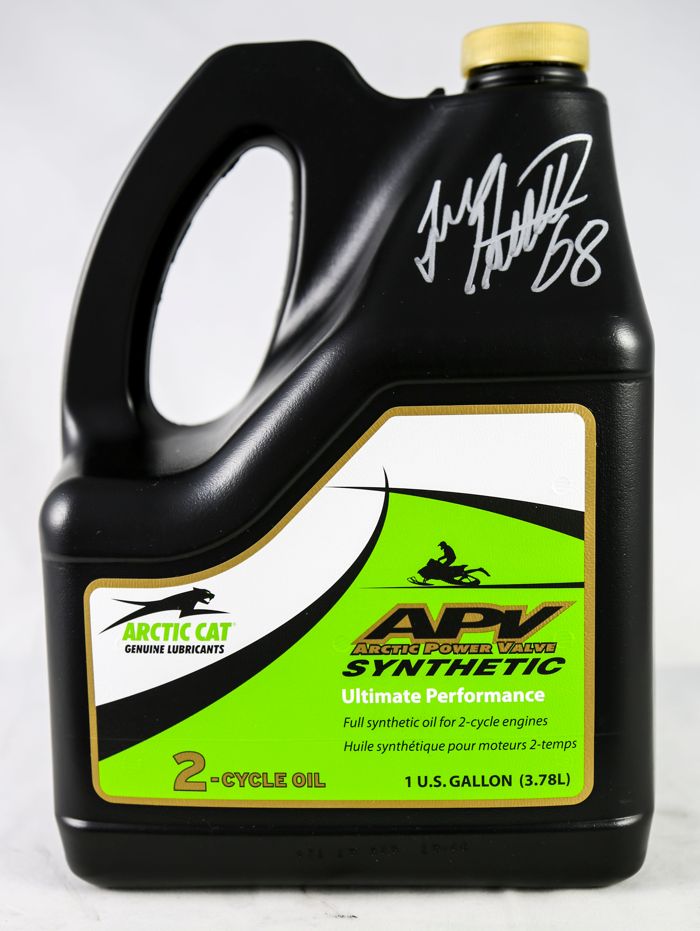