Getting Revved Up for Prom in Minnesota

The winter of 2013 continued its snowy march towards summer, dumping more than 14-in. of snow in Southeastern Minnesota last week.

The snow added a new element to the traditional prom festivities for the Alden-Conger High School. Making the most of it were Jordan Bute (L) and Parker Hemmingsen.

Jordan is the son of Team Arctic cross-country ace Jolene Bute and her husband Pat. When Jordan and his friend Pat were prepping for pre-prom pix, there was no question the snow and snowmobiles would play into the situation.

No, the young men didn’t pick up their dates on the Sno Pro 500s, although I’m sure the thought crossed their minds. 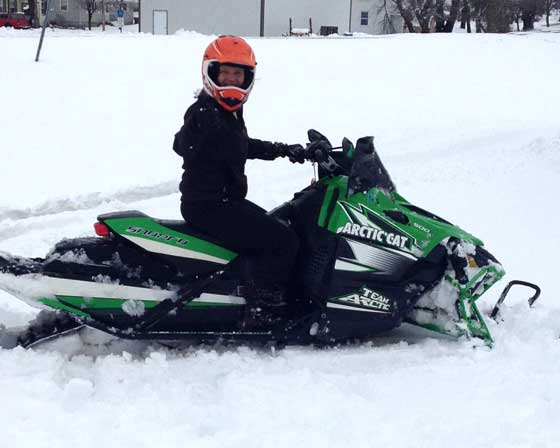 Jolene herself couldn’t pass up the once-in-a-lifetime opportunity to make May tracks.

The May 2 snowstorm last week shut down cities, schools and sections of the Interstate across a large swatch of Minnesota and Wisconsin.