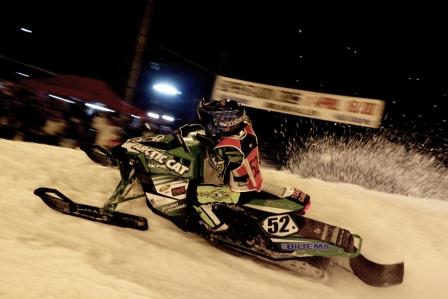 Our awesome Scandinavian correspondent, Joni Launonen, sent us a dispatch about some big additions to Team Arctic.

As you already knew, Arctic Cat had tremendous results at the World Championships in Sweden. Success always has some side effects and now they are good ones – in Finland Arctic Cat has the strongest snocross team ever. 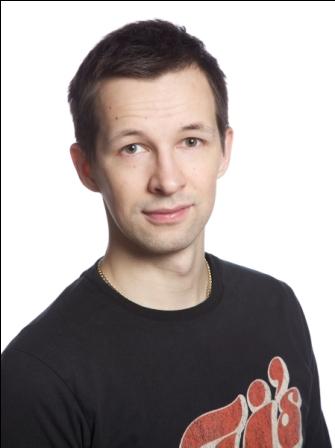 The biggest news is Iisko-Matti Näkkäläjärvi, a multi Finnish, Nordic and European Championship medalist, who joined the green team.

For last four years he´s been racing with Polaris and before that he was Lynx-pilot.

Last season was pretty good for Iisko: he was the third in both Pro Stock and Pro Open classes in the Finnish Championships and 2nd in European championships. 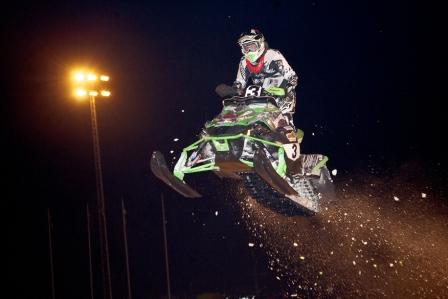 Kelkkakunkku is the biggest annual race in Finland. It´s a competition with hillcross, cross-country and snocross sections.

Pieti is a young and talented racer who has a good season ahead of him.

Aki is the Finnish Champion of C380 and Sport 600 classes. C380 used to be our junior class and Sport 600 is for fan cooled sport sleds.

Also, Fredrik Hecter will also be a Team Arctic pilot this year. He is former Ski-Doo racer, and has been one of the top riders for at least five years.

I´m so exited about the coming season. It´s so cool to see Iisko and the rest of these guys in the saddle of the mighty Cat!

The Greens will go fast this winter, but the competition is hard too. Jussi Honka (ex-Cat, now Ski-Doo) is faster than ever. Janne Jurvelin, a multiple FInnish champion, is tough on Lynx.

It will be one hell of a season!

Below is the official press release about Iisko joining Team Arctic-

Iisko has signed an agreement with the Finnish Arctic Cat importer Sumeko Oy and will race Mad-Croc Arctic Cat in the Snocross Finnish and World Championships in 2011. The race calendar will also possibly include the European Snocross Championship race.

The energy drink Mad-Croc is a significant partner in the agreement.

“I am looking forward to the new brand and new challenges! I can’t wait to get my hands on the new sled and to start building it into a winning sled for myself,” Iisko said.

He added, “Arctic Cat’s recent strong performance in Snocross races in different environments in Scandinavia was the decisive factor for me to transfer to Mad-Croc Arctic Cat. It was also important that I will get strong technical support for Arctic Cat for the next season. Tucker Hibbert’s and Johan Lidman’s success in last year’s World Championships partly helped to tip the balance to Arctic Cat.”

“I expect a lot from the cooperation with the team at Sumeko. My last season was a great success, but there is still room for improvement. Transferring to Mad-Croc Arctic Cat gives me the extra boost for the new season,” Iisko says.

Nakkalajarvi has raced Snowcross competitively since 1996.