When you pretty much conquer every single snocross class the season prior, you can be forgiven for not completely reinventing a new snowmobile for the upcoming season.

Still, Arctic Cat did NOT rest on their laurels for 2019, as evidenced by the all-new ZR 6000R SX snocross race sled unveiled this past weekend at Hay Days.

• New forged-aluminum spindles on the ARS II front suspension are lighter and stronger for 2019.

• Tether switch and hand/thumb warmer switches are relocated to ease under hood access without detaching the wiring harness.

• Foot enclosures on the running boards enable racers to better hold their feet in the toebox.

• 3-gallon fuel tank is small to reduce weight and nearly eliminate the shifting of weight as fuel sloshes/moves around the tank. The smaller size and the placement of the filler neck away from the seat area optimizes the comfort and ergonomics of the sled, making it easy for racers to move around the sled.

• Next Gen side panel bodywork and console optimizes the ergonomics by allowing racers to move further forward while cornering.

• The upper hood deflects snow away from the rider, while the lightweight headlight/ windshield minimizes weight.

The Best Gets Even Better

Following the most dominant season of snocross supremacy in a generation, the Arctic Cat ZR 6000R SX race sled gets even better for 2019 with an all-new engine package, suspension refinements and a host of durability enhancements aimed to maintain Team Green’s leadership in holeshots, cornering, handling and podium positions.

“The revolutionary 2018 ZR 6000R SX pioneered technology like a 136-in. track, C-TEC2 600 EFI engine and a suspension package that set the standard in big bump performance,” said Brian Dick, Director of Snowmobile Engineering. “In the hands of Team Arctic racers, it won 59 percent of all National snocross finals 2018, 54 percent of all podium positions and 12 of the 14 class high point championship titles. The 2019 edition will be equally potent and even more durable.”

Arctic Cat brings its award-winning Dual-Stage Injection (DSI) technology to the 6000 Series C-TEC2 EFI engine for 2019, with a new exhaust system, reed valves and revised ECM programming for improved low-end power and response, plus an increase in horsepower.

Last year’s ZR racer debuted the ARS II front suspension featuring taller spindles, revised geometry and a handling advantage that was the envy of the sport. The 2019 ZR SX enhances the advantage with a new forged-aluminum spindle that’s lighter and stronger while preserving the precision geometry.

At the back is a SLIDE-ACTION rear suspension and 15 x 136 x 1.75-in. SnoCross track that set a new standard for holeshots, acceleration, braking and straight-line stability. FOX FLOAT 3 EVOL RC ski shocks and FOX 2.0 ZERO rear suspension shocks feature revised calibrations for 2019 for improved action in all race conditions.

Racers appreciate the ergonomic advantages of the ZR 6000R SX’s touch points, including a the lightweight seat design, ultra-compact 3-gallon fuel tank, Next Gen side panel bodywork and console that allow easy movement around the sled, especially while cornering, as well as a low center-of- gravity.

The 2019 Arctic Cat ZR 6000R SX can only be purchased through the Arctic Cat Race Department. To apply, go to www.arcticcat.com/teamarctic and click on Riders Only Information. 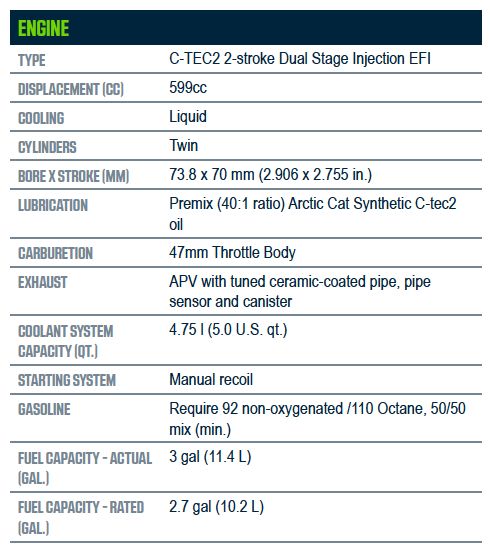 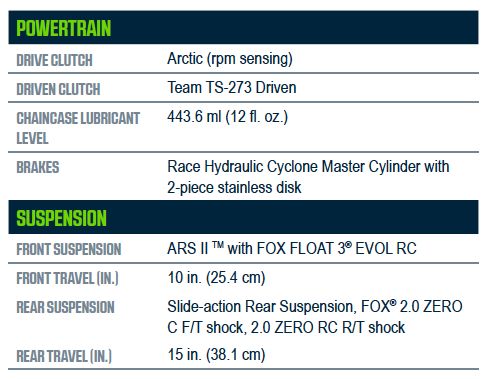 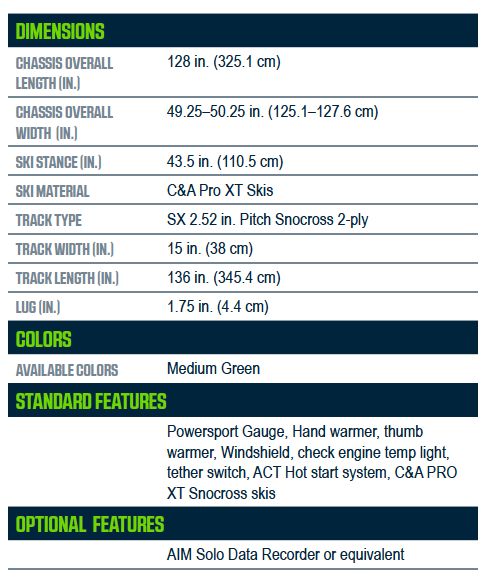