Part IV: (Not All) Snowmobiles Are Too Expensive

I’ll wrap up the “Snowmobiles Are Too Expensive” series now with a few admissions, a few conclusions, a couple summaries. Think of it as a mash-up of what I learned, what I think and what really…REALLY matters.

I started down this whole trail because, for a long time (maybe 10 years?), I’ve heard untold number of people say that snowmobiles are way more expensive now than they used to be. Part I attempted to answer the question of whether or not such proclamations are accurate. This is what I learned:

2. At least right now, new carryover models are available for thousands LESS than our 1994 model.

Part II of this series looked for context in the price increase of snowmobiles by comparing a 2018 pickup truck to its 1994 variant. What we learned is:

1. The price increased by nearly 18 percent. 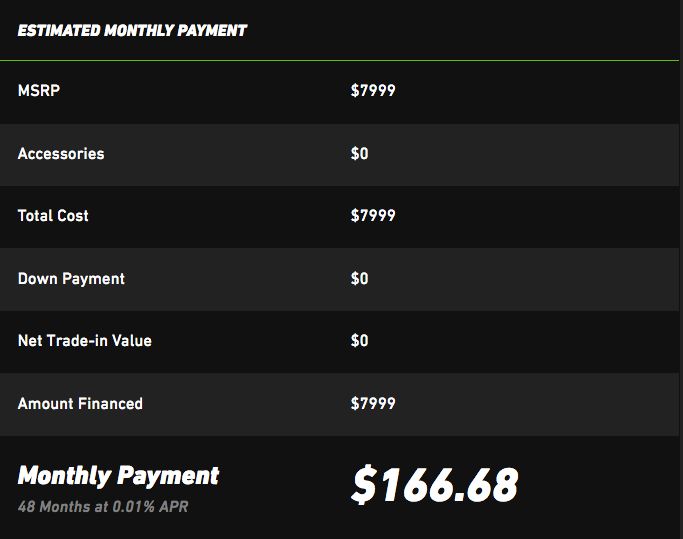 Perhaps the biggest eye-opener for me personally unfolded in Part III of the series, where I added up the cost of my family’s monthly electronic expenses and compared them to what I could otherwise spend on a financed new snowmobile. I also did my best to compare relative wages across the past 26 years. My conclusions:

1. For what I spend on cell phones, Internet and on-demand movies, my family could instead be riding two brand-new 2017 ZR 6000s.

2. I spend a shit-ton of money on crap that isn’t adding quarter-ton of real and meaningful value to my life.

I think that how each of us spends our money is very personal choice, and no part of me suggests or believes that you should necessarily buy a new snowmobile, drive a new truck or have a turbo-charged cell phone.

For reasons that have everything to do with the improvement and progression of snowmobiles and pickup trucks over the past quarter-century, it’s tough to compare vehicles over such a long timeframe. I think today’s ZR 6000 is night-and-day better than a ’94 ZR 580. I think that today’s trucks are WAY better too. It would be interesting to spend a couple days comparing sleds and trucks from both years and see if one (sled or truck) has evolved/improve more.

Whether wages are more, the same or less now than they were 25 years ago is open to debate and statistics that I can’t find on the ol’ Google. However, I think that we have so many more (and more expensive) options about where we spend our money now than we did in the mid-1990s. And I don’t just mean cell phones, Internet and cable. I’m referring to entertainment (professional sports, concerts); restaurants; point-of-purchase temptations at gas stations; gaming systems; coffee shops; and such.

As someone mentioned in the comments section, the whole portable ice fishing house phenomenon didn’t exist in 1994. Same goes for the boom in ATVs (and side-by-sides hadn’t yet been invented).

Think just about the technical gear that people, myself included, buy for a sport that wasn’t available 25 years ago. For example, hunting gear, including scent-free layers, boots, gloves, trail cameras and such.

We have WAY, WAY more pressure on our recreational dollars than we had back in the day. Yet that’s not even the biggest pressure…

I think that we have less spare time today compared to 1994. For families whose kids are involved with things like hockey, dance, basketball and the like, the time commitment required leaves precious little extra time for snowmobiling.

Plus there’s the juggernaut of dependable winter weather. Suffer through three crap winters in a row and it’s completely understandable to be gun-shy about buying a $10,000 toy that might sit in the garage all but a couple weekends a winter.

All of these things are hurdles to riding new snowmobiles.

Many of the most enjoyable, memorable experiences of my life occurred while snowmobiling. Some of my most powerful memories are rooted in the experience of snowmobiling. Simply watching a snowmobile has left an imprint on my soul. Friends of mine have embarked on snowmobile adventures that are truly incredible. Others understand the profound power of making tracks.

I can think of no equivalent experience involving most of the things I spend my money on. Snowmobiles and snowmobiling with people I love to be with is soul food in a way that cell phones and fancy restaurants will never be.

But here’s the biggest point I want to make about this WHOLE series: What really, REALLY matters is that we do the things we deeply love to do.

If snowmobiling is something that you love as deeply as I do, then do it! New sled… old sled… rental sled…a friend’s sled, it does not matter. If riding a new snowmobile is too expensive, then ride a sled that isn’t. All that really matters is that you ride.