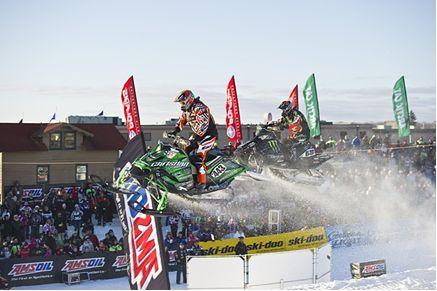 With an incredible holeshot and blazing speed, freshman pro Logan Christian rocketed to a lead in the Pro 600 class while his training partner and mentor, Tucker Hibbert, recovered from a mid-pack start. Hibbert worked his way to into second, dogged Christian for several laps, then made the pass on the 16th (of 20) laps to take the win, while Christian’s teammate Garth Kaufman took the third podium position.

“This was our best performance in a Pro final in recent memory,” exclaimed an enthusiastic Mike Kloety, Team Arctic Race Manager. “Making it even sweeter is the connection between these racers: Logan and Tucker are training partners; Tucker and Garth are cousins; and Logan and Garth are teammates on Christian Bros. Racing. That explains the hugs and high-fives on the podium.” 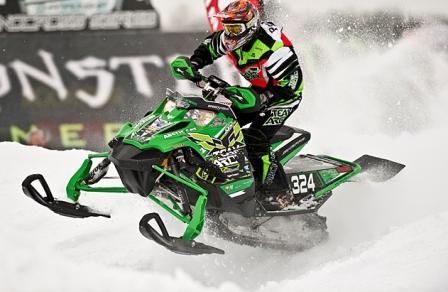 Team Arctic fans had enjoyed even more victory celebration at Hayward, as Kyle Pallin scored his second Semi Pro win of the season, while Carly Davis also took her second Pro Women win of the season. And with two races remaining in the National schedule, Team Arctic leads most of the championship point races, with Hibbert on top of both Pro classes, Cody Thomsen leading the Semi Pro category and Davis leading Pro Women. 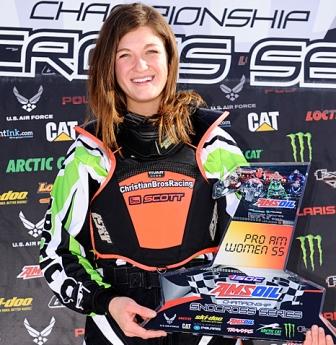 Making his own mark on history north of the border was Team Arctic’s oval star, P.J. Wanderscheid, who won the prestigious 49th Annual Canadian Power Toboggan Championship in Beausejour, Manitoba, to conclude his record-breaking season.

The next race in the ISOC circuit is March 12-13 in Elko, Minn. Go to www.isocracing.com for more information.

When the ISOC National season concludes, Hibbert, Christian, Kaufman and Thomsen will head overseas the FIM Snocross World Championships in Finland on March 26.