This past weekend, members of the Plummer Snowmobile Club marked the first day’s course. 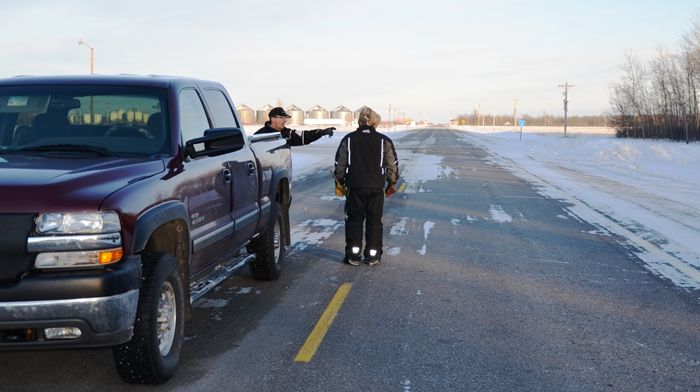 Club Vice President Arnie Schmitz is talking with former cross-country racer Jeremy Grove. Jeremy is a valuable tool when signing the course, because of the thousands of miles he logged as a racer. 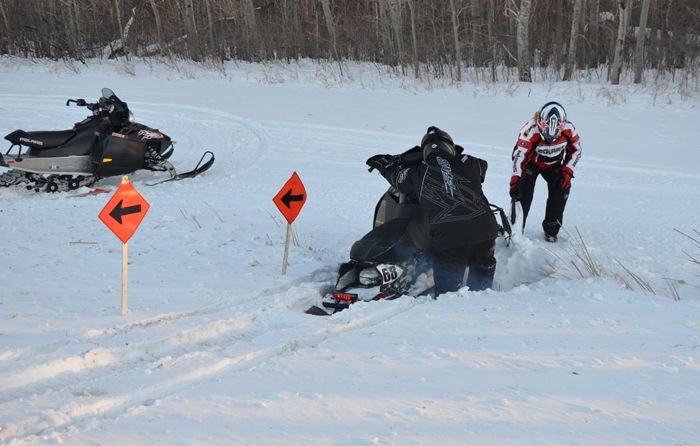 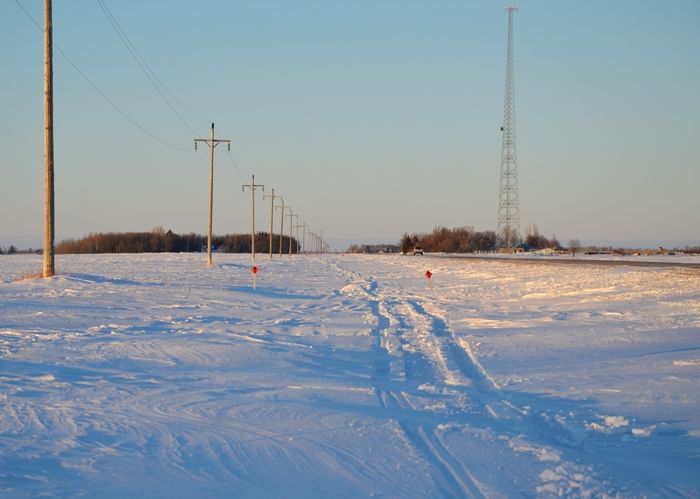 This is looking north on Red Lake Co. Hwy 1. This same shot will look like a chiseled, whooped-to-heck groove come Thursday afternoon.

Also looking north from a spot located SW of Plummer. One hundred-plus sleds will turn this into a gargantuan snow berm in just a few days.

Thanks to Mike Baker for the pix.