This is music to my ears…

Following its restoration for the upcoming Eagle River 50th Anniversary, the 1984 World Champ Phantom Sno Pro comes to life at the hands of its pilot, Jim Dimmerman.

Phantom and crew were at Nielsen Enterprises in the video and some of the pix below. Since then the Phantom has made its way to the Snowmobile Hall of Fame in St. Germain, where it will remain until making the short jaunt to Eagle River for the 50th.

Dimmerman WILL run Phantom around the famed ice oval. What remains to be seen is just how much wood he’ll put into the fire. 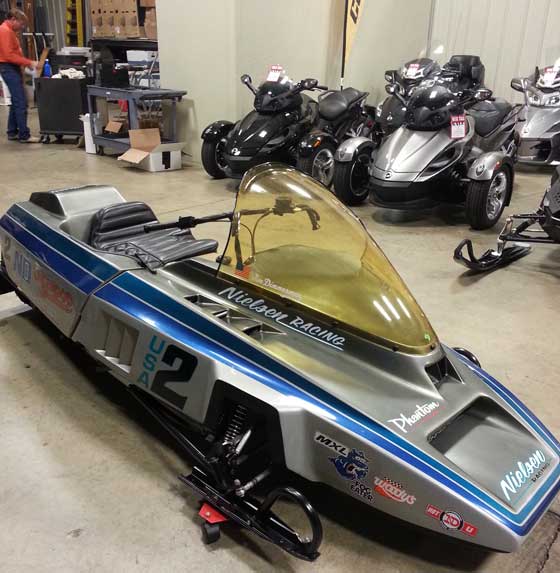 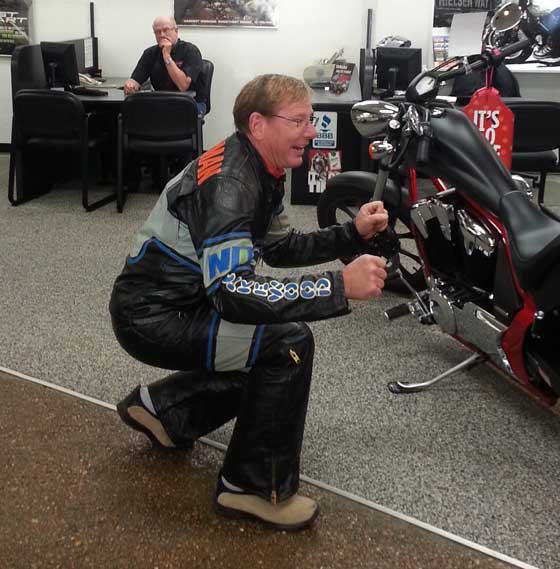 Showing just how spry he is, Dimmerman dons his race leathers from 1984 and performs his best Karate Kid impression. I wonder what Ted Nielsen is thinking in the background?

Here’s Phantom in the SHOF display. This and many other Eagle River World Champion race sleds will be on display from now until the 50th celebration. Definitely worth checking out!