In part because the Duluth race track was so small and uneventful, the Pro racing was more aggressive than I can ever remember seeing.

One casualty of the situation was Garth Kaufman.

The photo sequence at the bottom of this post was taken entering turn three at the top of the hill, in the second of two Pro Open heat races. Just prior to these shots, Levi LaVallee had literally landed on the clutch side of Kaufman’s Arctic Cat, pretty much shredding the side panel.

That was just the beginning.

For the next four laps or so, LaVallee relentlessly pounded into Kaufman. Either it was the turn-the-brain-off-and-just-pin-it style that LaVallee is known for, or it was five laps of intentional demo-derbying that bordered on dangerous.

After LaVallee’s unintentional whiskey-throttle-slam into Tucker Hibbert during Friday night’s Dominator qualifying (above video beginning at the 40-second point), I think that he was just racing with his thumb and not his head.

I like LaVallee. He’s not a dirty racer, but he does frequently turn off his computer while racing.

Anyway… a few laps after this sequence with Kaufman was taken, a black flag was thrown that ended both LaVallee’s and Kaufman’s heat, the latter because his hood was flapping and considered dangerous. And that ended Kaufman’s chance at making the final. Big bummer!

So without further adieu, here’s the Duluth Demo Derby sequence: 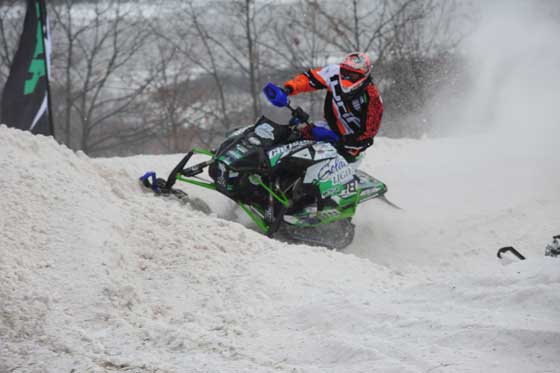 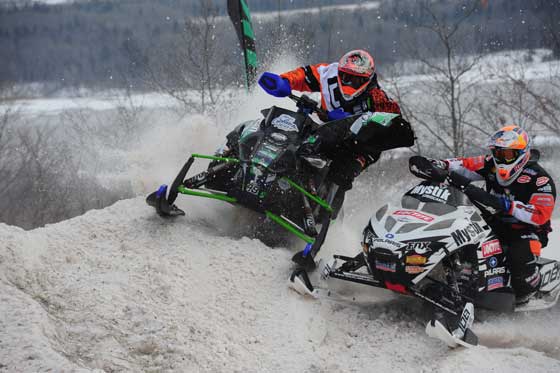 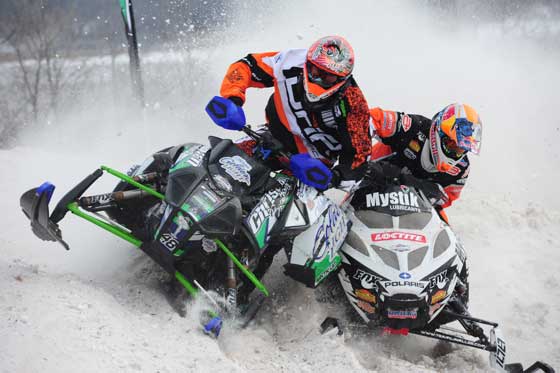 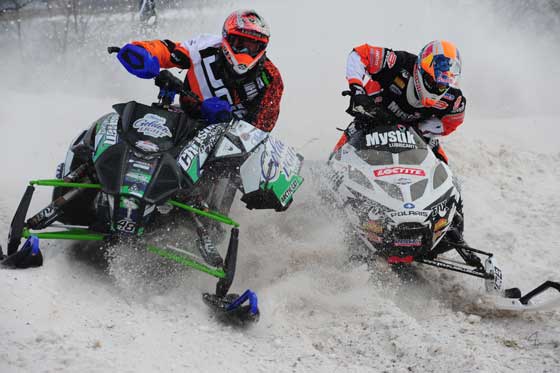