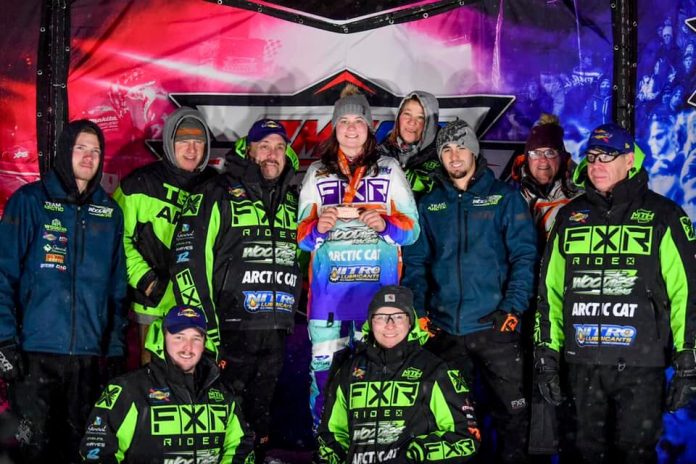 Still black and blue from the first round in Shakopee, Taven got after it this weekend standing on the podium both nights collecting points that will be absolutely essential for her in chasing the championship title this season. Friday, she was able to take first and second place in rounds 1&2 respectively, and grace the podium third in both finals. Currently sitting third in National Points, Taven plans to focus on recovering over the next two weeks so that her body is back at 100% for Deadwood and she’s ready to get out in front charging and claiming more wins for the team.

Trent was extremely under the weather this weekend but marched on with a never-surrender mentality, racing the first two rounds on Friday, but ultimately making the decision to sit the rest of the weekend instead of risking any serious injuries. We know he will be back ready to make waves and claim podiums once he’s feeling better.

Dylan had a few great starts and exciting rounds this weekend while adapting to this season’s ultra-competitive Pro Lite class. We are seeing great improvements from Dylan, including a fourth place finish during Round 1 on Friday night. With Dylan’s continued progression, we will definitely see him standing on the podium this season.