In our minds, the majority of us think we could keep up to Zach Herfindahl on a snowmobile, but if we’re honest, the only way most of us can follow him, is on social media. 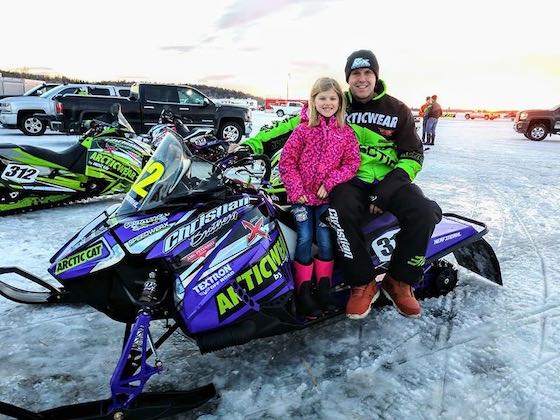 Seeing this, I picked up the phone and called Zach to see what his plans were for the year, as I was uncertain myself.

AI: Hey Zach, I just wanted you to know you were my favorite USXC Pro Factory 600 and Pro Open Champion from last season. I hope that puts your mind at ease in case you were wondering. I also wanted to say congrats on getting engaged this summer. It’s my advice you should stop selling off your huge vintage snowmobile collection to pay for the wedding…

Zach: [Laughs] Thanks Kale! Since Sandberg’s not around, you’re my favorite Arcticinsider editor. [Laughs again] It’s been a fun summer and Claire and I are pretty excited about the future! But on to snowmobiles… let’s just clear up the waters. Every time I sell a snowmobile, that vintage sled collection grows by two! So no worries of it disappearing! 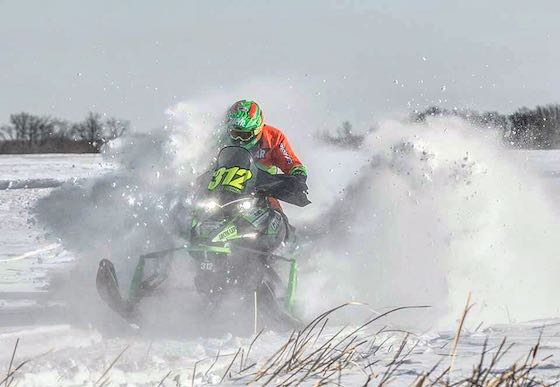 AI: I saw your social post in November stating, “New Sleds, New Year, New racers.” Let’s start with your team program. Are you still racing out of the Christian Bros Racing trailer? Who does your team consist of?

Zach: We’ve done some shuffling this summer. Arctic Cat will be running a Factory Cross Country team based out of the Thief River Falls (TRF) race shop. Both myself and David Brown will be on the team, so my mechanics, Hector and Corey, will remain with us. I’m happy we’re all together because our team dynamic works really well. We’ll miss Christian Brothers Racing as Dwight did alot to support us over the years, but Im also looking forward to working out of the Factory.

AI: I’m happy to hear you will be representing Arctic Cat this winter! You (and David) make all of us who wave the Team Green banner very proud. So, Im assuming you’ll still race Pro Stock and Pro Open? What sled will you be riding?

Zach: I think I just blushed a little, but I’d have to agree with you, I’m really excited to continue working with Arctic and doing our best to keep team green on the podium! Yes, we’ll continue focus on the Pro Stock and Pro open classes in the USXC series all season, along with putting in a solid effort at winning another Soo 500. As far as our sleds, both David and I will be on brand new 2018 and 2019 ZR6000R XC’s. We’ve gotten these chassis so dialed in, that I’m damn excited to know they’ve taken us to victory lane time and time again. This is no BS, I get paid to ride a Cat, but I get plenty of opportunity to ride other brands, and I still feel the Procross chassis is the best handling sled on snow. It’s rock-solid and takes a serious beating.

AI: Are you living in Eagle River, WI this winter and traveling to all cross-country races, or living near Thief River Falls? I’d assume you’ve been testing your new ZR. Where has that taken place? Have you taken advantage of the early ice on Pine Lake?

Zach: I am actually living with my mechanic Corey for the most part near TRF, I try and go back home as much as I can but I do stay in the area most of the winter. I was lucky enough to catch a few major snow storms back home (Eagle River) and get out on the mountain sleds for a day, but as far as ZR’s go, we just wrapped up a solid weekend of testing on the ice at pine lake. It was good to get some seat time in and get comfortable throwing a sled sideways at 100mph again. It’s hard to beat pitching a well set-up ice sled into a corner. I could ride all day everyday just rallying an ice track!

AI: I like to consider myself a semi-professional novice rider, so I can’t relate. One day I hope to just go 100 mph in a straight line. I’ll get there some day. Where do you find speed on a track like Pine Lake?

Zach: For me it’s all about being confident and comfortable on the sled. When it comes to ice racing I always feel the more you trust your set-up the harder you can drive it in. That being said, it takes a lot of work and fine tuning to nail a good set up.  These ZR’s work so good in all conditions, I have an ice set up dialed-in and thanks to Hector and Corey, it handles like its on rails. Pine lake is a tough race though, it’s more of a speed course than a handling course. The Red and Yellow camps are always right there on speed, so I always push myself to drive it in to the corners harder and deeper than my competitors. So to answer your question, in my eyes, I think cornering is where you can make time up on a course like Pine Lake. 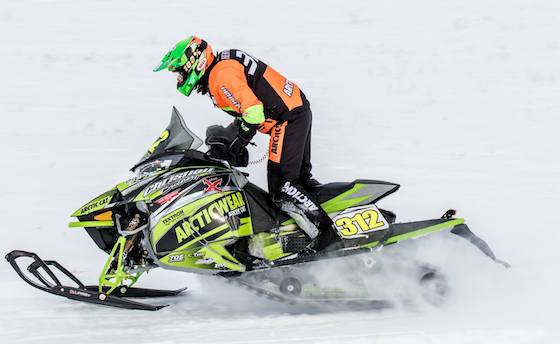 AI: Some people may not know you are a truly versatile rider excelling in a variety of disciplines, a true renaissance man. Will you be racing the SOO? How about any play riding in the mountains?

Zach: Yeah, I kind of take pride in being well-rounded in any type of snowmobiling. That’s how I grew up, just riding anything and everything as much as I could. I really feel it helps a rider excel in their discipline by learning and participating in all others, there are techniques on a mountain sled that relate to Xc racing and same goes for even trail riding to dinner at home. Nothing beats seat time on sleds.  We will be tackling the Soo and going for another Victory there, that’s a tough one but we will be giving it our all. And for sure will be riding the Alpha mountain sleds as much as possible away from racing! 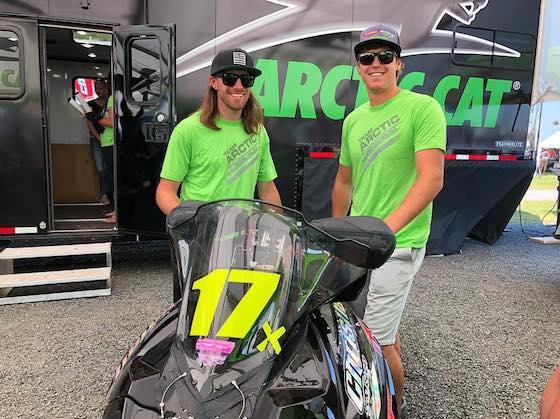 AI: Good luck this season. I’ll be cheering for you. I’m going to leave you with three names, and you have to leave us with a departing story about one of them: Roger Skime, John Sandberg or Wes Selby. Go!

Zach: Thanks Kale, looking forward to a fun winter with everyone involved! Oh boy I think I might have to share a Wesley story. Wes, myself and my dad were out west riding mountain sleds after the race season. We were coming down a pass in some pretty terrible weather conditions. For those who know Wes, the guy can drive the sh*t out of anything he touches, including his RAM trucks. (laughing) We were ripping down the pass with a decent size trailer, going far faster than a normal person would consider. I look at my dad in the back seat and the poor guy was clinging to it, eyes closed, with a death grip on the “Oh Sh*t Handle”. His face was white as the snow we were bombing through. Hahahaha!

Nearing the end of the pass, some random guy appears out of nowhere on the road in this blizzard, walks out in front of us, and to this day, I’m not sure how we didn’t hit him, as we nearly grazed his head with the truck mirror! Knowing the guy was ok, Wes laughed uncontrollably forever, which was strange, but it wasn’t until later, I realized any time Wes gets nervous or scared in those types of situations, he laughs until he calms down!! (Laughing out loud) My dad swears he (himself) should have died on that truck ride. (laughs again)

AI: Fantastic Wes story, and I’d expect nothing less of him! Wes keeps trying to get me to fly with him in his Ultralight. As a passenger, I’d turn that thing into a flying manure spreader if I heard him laughing like you described! Talk to you later Zach.

Check out USXC racing this weekend for Pine Lake results and photos, and follow Zach Herfindahl this winter on social. 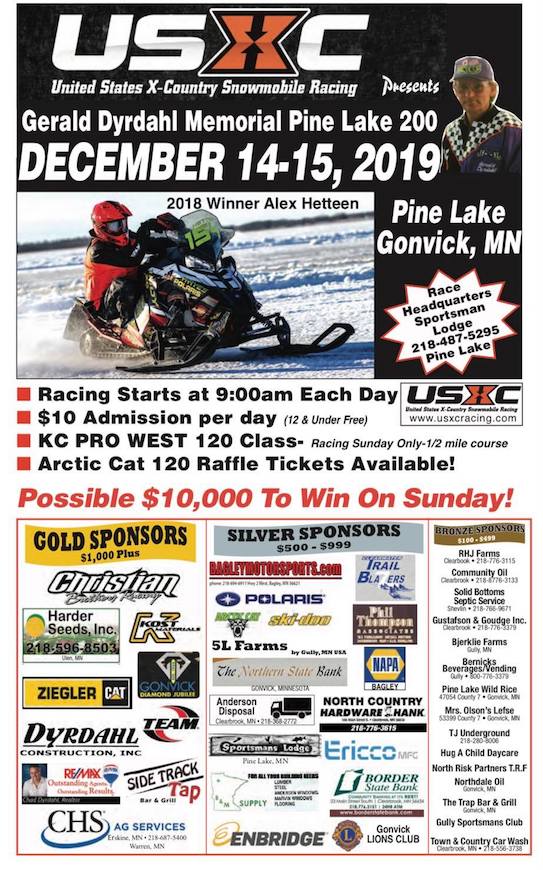 In Zach’s November post, he also mentioned there have only been two racers in the history of the Pine Lake event that have won three times. Zach is one of them, who is the other? 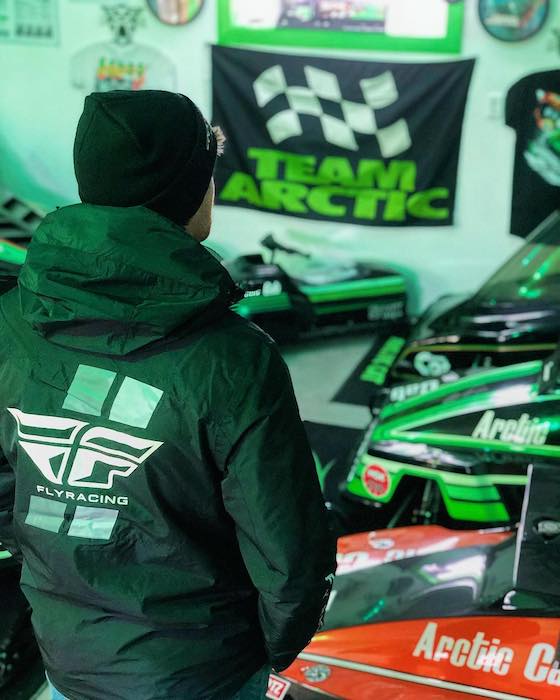 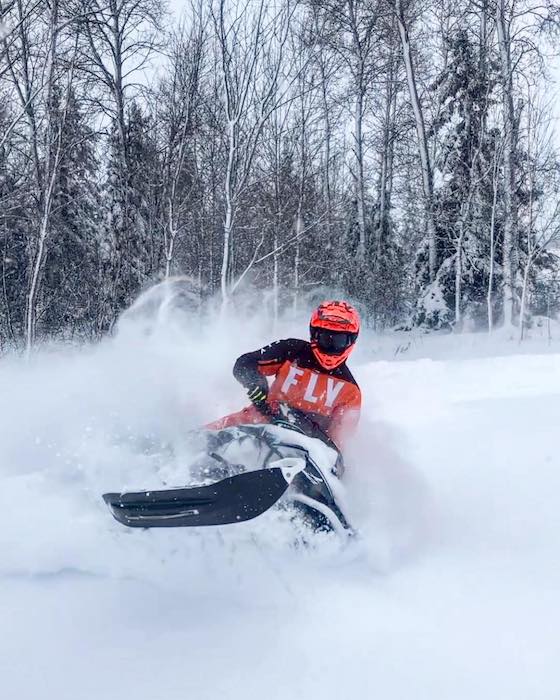