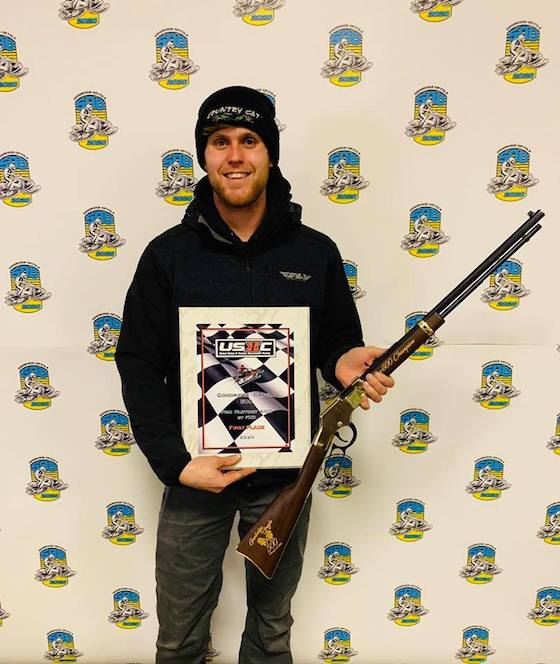 Team Arctic racers and crews took to 500 miles of rough ditches, twisting riverbed and dense woods during the USXC Racing Goodridge-Grygla 500 and came out victorious when Pro Factory 600 leader, Zach Herfindahl, dominated the course and competitors. 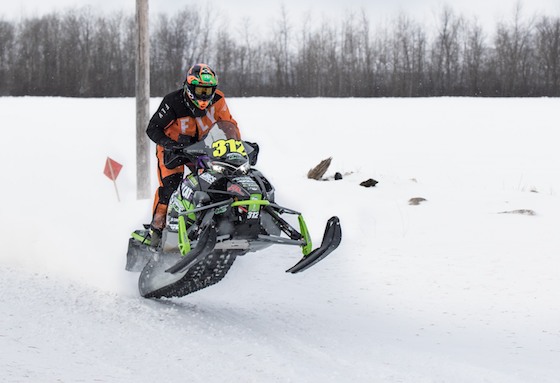 Herfindahl’s flawless pace was matched by a smooth-running ZR and notched a back-to-back win at the 500, which is also the third time he has won the prestigious event.

“Winning the G-G 500 is extra special and I couldn’t be happier,” said Herfindahl. “Even though I’ve run at the front of the pack this year in the Pro classes, this is the first time I’ve won this season! What a birthday present! [Laughs] Winning this race is partially dependent on rider ability, but it takes much more to win including the hardworking team behind me. Hector and Cory are ace mechanics and I want to thank Arctic Cat and Team Arctic race manager, Mike Kloety, for believing in our team, and truly going the extra miles for the Team Arctic race program.” 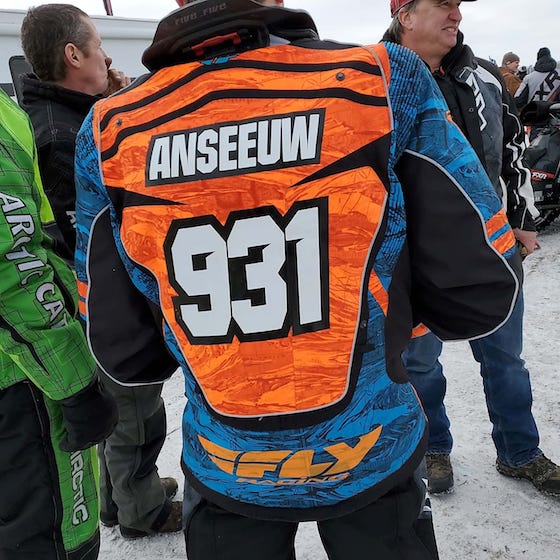 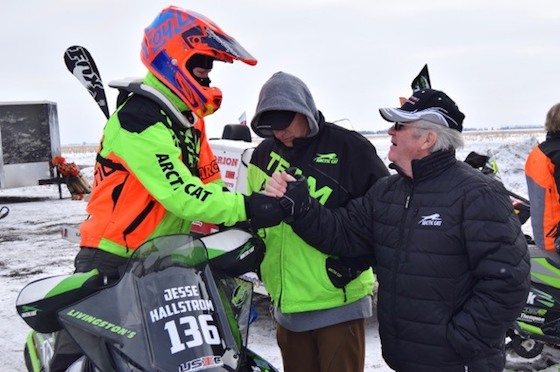 Team Arctic Race Manager, Mike Kloety commented, “Watching Zach this weekend was pure poetry in motion. His purpose is to win, and he tames the ditches, lakes and woods with the utmost fluidity on his ZR – A true cross-country master. When you start the second day with a 7-minute lead, that’s alot of time to think about everything that could go wrong. But not with Zach, he clears his brain and concentrates on going fast, being consistent and crossing the checkers first.” 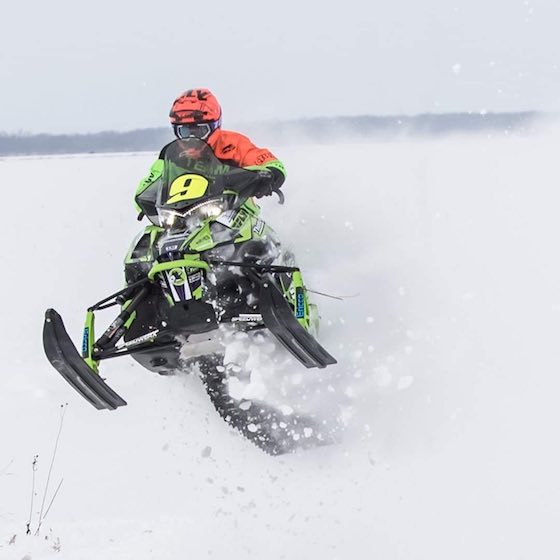 #9 Alicia Martin rode to a strong second place finish in Pro Women class. She told us, “The Goodridge/Grygla 500 was a rollercoaster for me. Low light on Saturday shook my nerves and I finished the day in 3rd, and off the pace. Sunday was a different story as the sun came out and I poured the coals to my ZR coming in first, but it just wasn’t enough to compensate for day 1.” 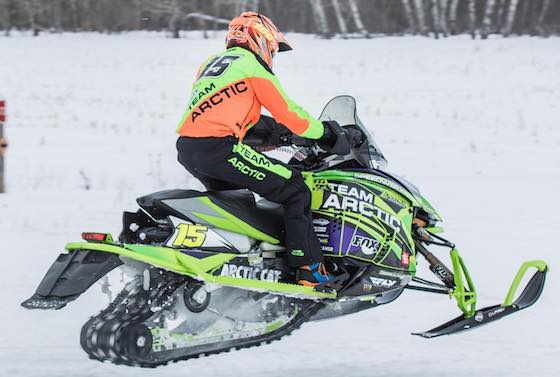 #15 Wes Selby finished in 6th right behind Team Arctic teammate David Brown. Selby said, “My curse of the i 500 continues! [laughs] I had a good run after Saturday and was sitting in second. On Sunday, about 30 miles in, I started having motor issues which slowed me down 10-15 mph the rest of the race. Congrats to Herf winning back-to-back!” 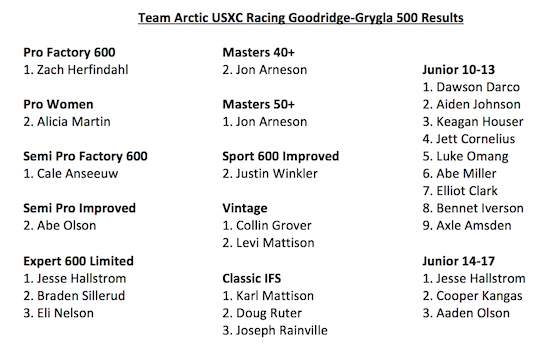