I was happy to see a new Snowmobile Build Configurator introduced on ArcticCat.com with the 2022 model launch. Before I left Arctic Cat, we had proposed this, but budget wouldn’t allow. A build configurator seems like an easy task, but there are many design components surrounding it. And with that investment, I can imagine this stepping stone will see added features and options for the future. CLICK HERE Snowmobile Build Configurator to explore.

To Get Started, All you have to do is click the Get Started button on the Snowmobile Configurator Home Page. 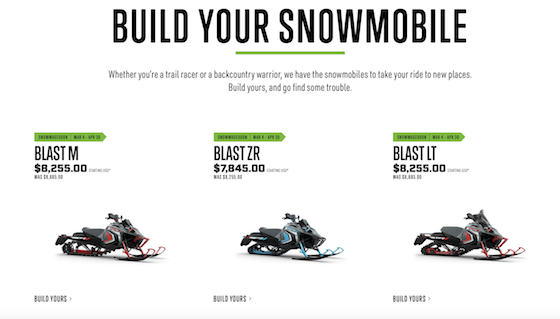 Youll then be greeted with all the 2022 Snowmobile Models. Click the Build Yours button under one of the listings to start building. 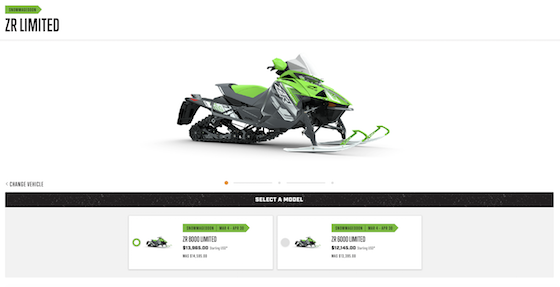 In this instance, I chose the ZR 6000 Limited in Green. 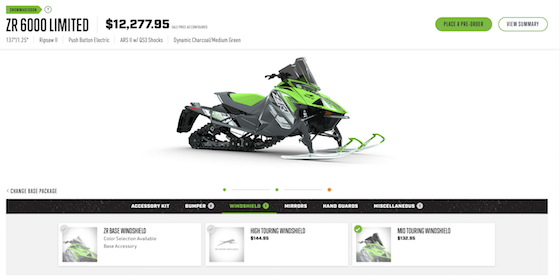 You get several options to add accessories. Above, I added the Mid Touring Windshield.

Play around on the site. You can even build the World’s Fastest Two-Up Touring…I like it!