Editor Note: I ran across this social post written by Rob’s cousin, Kyle Kincaid (Photo Below). Among all the great “Rob Stories” I’ve seen in recent days, I thought this one was well worth sharing. Thank you Kyle for the beautiful words written about Rob. My heart goes out to you for the loss of Rob as a cousin and friend. 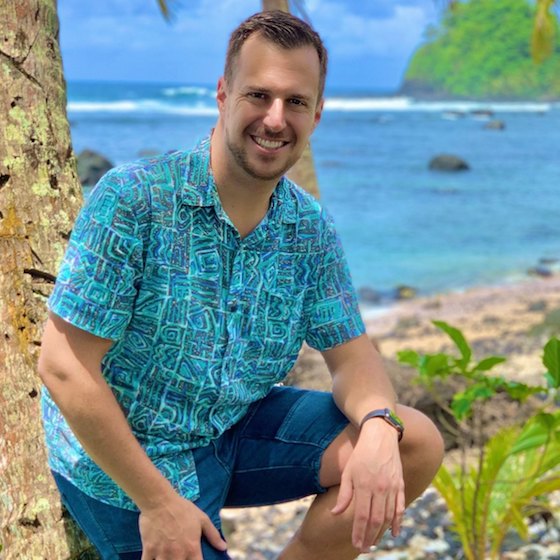 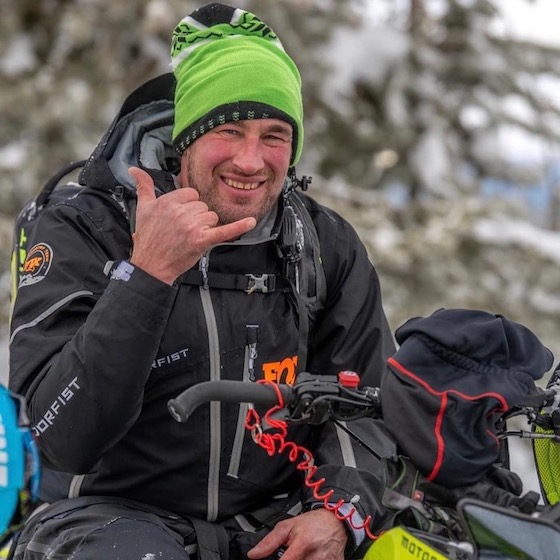 The jagged peaks of the Grand Tetons were his backdrop for life, and they will remain so in his death, as my cousin, Rob Kincaid, is laid to rest today in Teton Valley. He told friends and family this was the most beautiful place on earth, and he should know well, as he explored and tackled every corner of this landscape from his youngest years. Last Friday he was snowmobiling in the very place he loved, when tragically, he was killed in an avalanche. Our lives are forever changed and his was lived to the fullest.

Growing up I only spent a few different occasions with my cousin Rob. The physical distance between Michigan and Idaho seemed mysteriously infinite as a kid. My first trip to Idaho, however, was at the young age of four—packed in the car with family for three days, it felt like we were making a pilgrimage somewhere. The beauty of that landscape has been seared in my memory since 1989’s first trip. 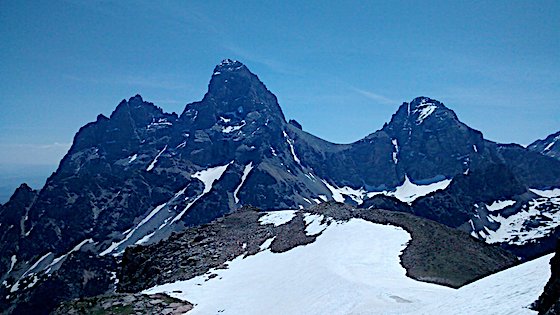 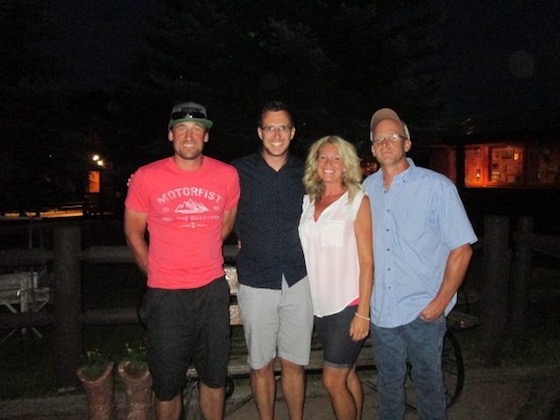 And so, in the renewal of our family ties, I was left with a greater desire to reconnect with their children—my cousins— and decided to make a visit back to Idaho in the summer of 2015. It was during this time where I was able to reconnect with Rob, meet his wife Kim, and their two young adult children, Shelby and Riley.

Initially, I was a little worried Rob and I wouldn’t have anything to talk about or any common interests. Rob was a hunter, fisherman, mountain biker, snowmobiler, and farmer: all things I wasn’t. I first saw Rob in his backyard vegetable garden – He was picking lettuce if I remember correctly.

Before too long he started leading the conversation back to our childhood and recalling what it was like spending time at our grandparent’s house in White Pigeon, Michigan. We both were very close to Grandma Jeanne and Grandpa Gilbert. I’ve always considered myself to be a filing cabinet of family memories, but Rob was mentioning things about Grandpa and Grandma I hadn’t thought about in years.

This has been a quality of Rob’s I’ve read repeatedly these past days — he had the unique ability to draw you into a conversation and make you feel at ease, all while cracking jokes that left you laughing. There has been a streak of good humor running through that side of the family for years, going back to our Great Grandpa Nelson, passed onto our Grandma Jeanne, passed onto Uncle Bob and most certainly to Rob.

During my summer visit of 2015 I was still mourning the loss of my dad, and so seeing the father-son relationship between Rob and my Uncle Bob (for whom I am named after for my middle name, Robert) I was drawn towards their interactions with one another and saw a deep love and affection between the two.

Uncle Bob and I were out at Rob and Kim’s house one afternoon and Rob was working on a house project involving his water spigot. As soon as we pulled up Uncle Bob was eager to get involved and start offering his advice. The project required Rob to go into the basement and for Uncle Bob to remain outside and grasp the pipe with a wrench. Once they were in position I stood there and watched as the two yelled between the cement foundation of Rob’s house in order for them to hear one another. It was comical but at the same time a testament to their bond. They got the job done. 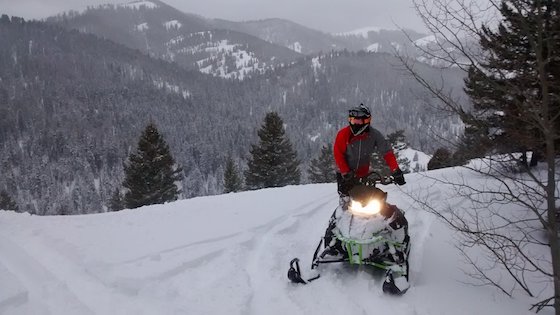 After my 2015 visit I decided to make a winter visit in February of 2017. I knew how important snowmobiling was to Rob and how talented he was as a world class competitor in the sport. So, I traveled once again to Victor, Idaho and stayed with Kim, Rob and their kids.

Although Rob was busy with work, he made time to spend an entire afternoon to take me out riding in the mountains on his snowmobile. When I planned the trip, I had it in my mind Rob would drive and I’d sit as a passenger behind him. Rob had other plans. He loaded up two of his snowmobiles onto the trailer and we headed to a trailhead where I got an initial crash course in what to do and not to do.

I never could have imagined the snow would be so deep, the steering would require so much strength, and I would flip my snowmobile 8 times! No matter how many times I got it stuck or flipped it over on its side, Rob never lost his patience and always got me back on the trail. He was working with a novice but you could see the joy he exuded by being able to share that part of himself with me. I of course felt like a man with wings, riding a fancy snowmobile in freshly fallen snow over mountains laying adjacent to the Grand Tetons. 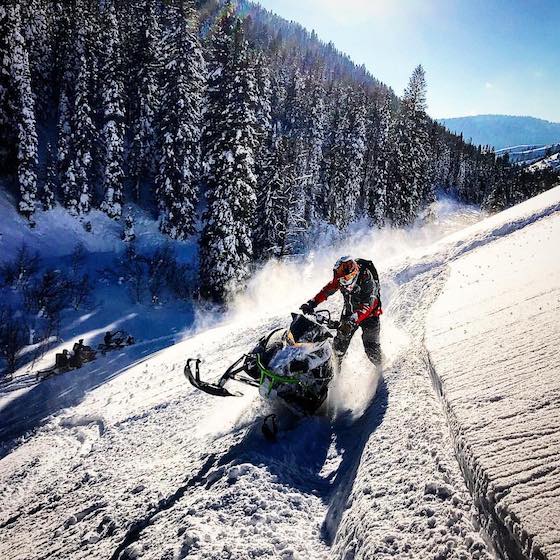 Rob would let me rest at different intervals while he put on a bit of a show which allowed me to catch my breath, but more importantly see what a talented sportsman he was. He had such poise and finesse. I could tell he knew the terrain well. We were in such a remote area we never came across anyone the entire afternoon. It was just two cousins having a good time.

On our way back to the house after the ride I think he could sense the excitement I had for our thrilling ride. He stopped over at his shop to pick up some posters of him and sign them for me. I never asked for them, but he wanted me to have them. He signed them “To Kyle, my cuz” and finished them off with RMR, for Rocky Mountain Rob, which is his trade name in the sport he so loved and enjoyed. 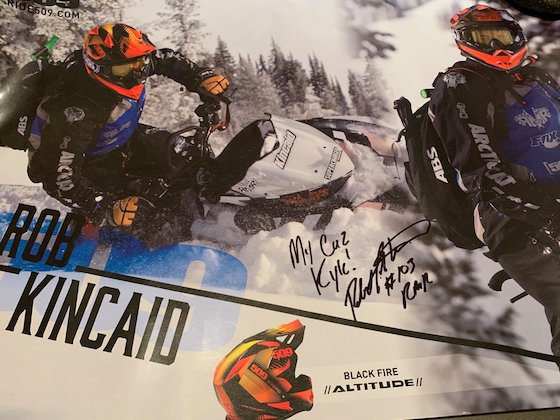 As I reflected on Rob’s life this past weekend in great sadness for the loss of his life, I was reminded of this: it’s never too late to cultivate a friendship. It’s never too late for family ties to be renewed. It’s never too late to push yourself to try something new and set yourself on a new course. Rob’s competitiveness in all he did brought about the best in him and allowed him to excel to win world championships and earn a name of recognition and most of all respect. But what he valued more than fame or even a win, was the chance to be with friends and family sharing and doing what he loved—being out in nature in the backyard he grew up in, his beloved Teton Valley.

Rest In Peace my dear cousin, you have changed the lives of all who loved you. 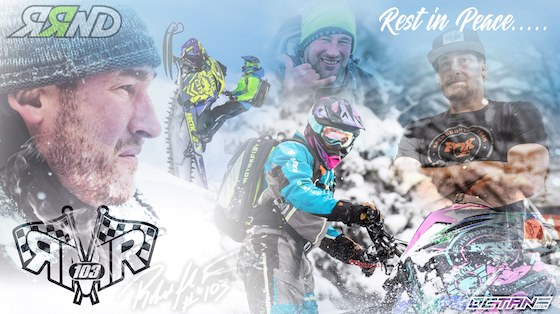