ArcticInsider Editor Note: Here’s a reprint of a recent Powersports Business interview conducted with Craig Kennedy, Arctic Cat Vice President by Snowmobile Editor, Nick Longworth. I’ve edited the original for length, and its still lengthy, but since we’re all quarantined, we can practice the age old tradition of actually reading versus scrolling.  BTW – 15 more days to get in your Snowmageddon order. 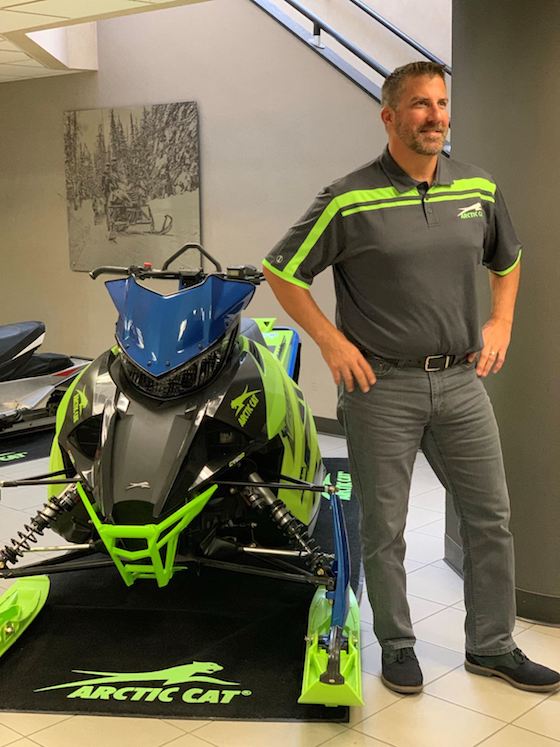 At the annual “Unofficial kick-off” to the snowmobiling season this past September at Haydays in North Branch, Mn, Arctic Cat officials pulled media members into a closed-trailer meeting on its lot, and had an honest conversation.

They admitted the company had heard the rumors from consumers questioning its commitment to the industry (especially after being purchased by manufacturing giant Textron a few years earlier). On that day Arctic Cat Vice President, Craig Kennedy, told a different story.

The company knew it had to make innovative changes to adapt with a changing marketplace, or risk losing its consumer base entirely. Kennedy said the company was committed to remaining successful, and carving a path forward, while reiterating that media outlets and dealerships would begin to see the change in company culture with increased communication and brand consistency. According to Kennedy, they had heard the complaints and things were going to change. It was the beginning of a new age for Arctic Cat. 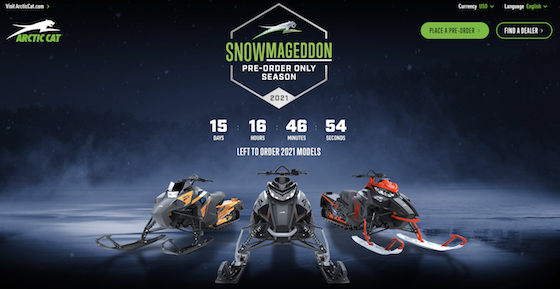 It wasn’t long until the company followed suit and began making positive news of its own for the public.

In October Arctic Cat offered an unprecedented early unveiling, previewing 24 of its model year 2021 lineup to the public allowing access to snowmobiles and specs that historically hasn’t been available until months later, near the end of the season. As further enticement for consumers, the company offered discounts on accessory packages for deposits placed before December 31st.

The shift in sales strategy was noticed immediately throughout the industry and left numerous dealerships and consumers wondering.

“If you looked at the standard rotation of the industry, it was set up to offer a spring program with a measured amount of success, and then we would allow a certain amount of wholesale goods to be available in-season,” explained Kennedy.

“The product being available in-season created risk from a business standpoint, which is where all the heavy discounting comes from – if you predict too much extra inventory to be available in-season, suddenly there might be so much that discounts need to extend to inventory that is now three and four years old: you’re spending thousands and thousands of dollars just to get product out the door. You can imagine what that does to the value of your product in general; you’re not only hurting the product as far as devaluing new goods, but you’re also devaluing the trade-in value of the used product as well. We decided we needed to go about this in a different way.”

According to Cat the “way less traveled” was met with success. Consumers can now only order new Arctic Cat models through the spring-only “Snowmageddon” Program offered exclusively through Cat dealerships.

“We had a very successful first year. We far over-achieved what our expectations were for the year. It was very successful and although we were teaching the dealer network about this new technique after 20 or 30 years of doing it the same way, we were pleased with its success all around considering we went through such big changes all at one time,” Kennedy said.

“At the beginning of the switch there was a lot of trepidation – concern about what was going to happen and how this would work. You run into the scenario where people are just learning it for the first time, and now that they understand how this is played, they are readyfor the future. Many dealers are extremely excited – we’re all very excited for model year 2021.”

While outwardly Snowmageddon seems to limit the window of purchasing opportunity for a consumer on the surface, it follows a strategic supply and demand model to allow each machine to retain its value when maintained properly, which in turn keeps customers happy in the long run.

“Consumers really like the value proposition we’re able to offer. Those that turn vehicles over every two years are really liking this because they’re actually able to see the value of their used product increasing at the same time – the sleds will have more value going forward,” Kennedy said.

The company also began to adopt new ways in which consumers could order the machines themselves. From your own home and phone, you can seemingly purchase almost anything these days – why not a snowmobile?

Following cues from the automotive industry and services such as Amazon, this season Cat has instituted online ordering through its website to allow consumers to avoid the physical trip to the dealership, if they prefer.

“It’s not hard to look at what’s happening, which is a new way of going about business using online shopping. We see that as the future,” Kennedy said. “We were already headed down that avenue, and this was just the natural progression for us – to have somebody be able to sit on their couch and press the ‘Go’ button on a new snowmobile.

But that’s not to say the dealership is being cut out of the process. When a consumer places a deposit online it generates an order with a reference number for Arctic Cat, the consumer and the dealership. The consumer has the ability to define which dealership the order is assigned to if a previous relationship has already been established, otherwise the nearest geographically located dealership is selected by Arctic Cat.

The dealer then accepts the order and begins the communication process with the customer. Instead of relying on salesmanship, the dealership is now allowed more time for customer service and retention – a pivotal component of repeat business sometimes neglected during a busy “selling season”.

“We were a little skeptical at first, but if the consumer feels more confident buying the sled online, and it makes it easier for them, then we are all for it,” said P.J. Wanderscheid, general manager of Country Cat in Sauk Centre, Mn. “It might spur some new interest if the buyer does not have a dealer close to them.” 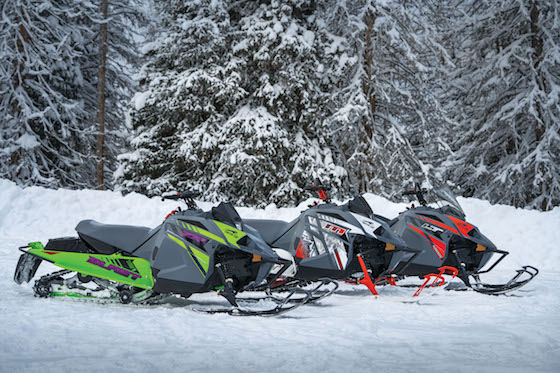 In addition to new ways to order its products, Cat has also been introducing new technology itself to continue to offer consumers new options and stay at the forefront of the positive news cycle.

In 2018 Arctic Cat introduced iACT (Now ATAC for 2021) an interactive, fully adjustable suspension system controlled from your handlebar. In 2019 they introduced the Alpha single-beam rear suspension for their mountain snowmobiles and for the 2021 model year, they’ve continued innovation within the market.

Offering a new line-up of 7/8 right-sized chassis under the Blast lineup, amongst its continued mountain, crossover, trail and utility offerings.

“The message we’ve put out by being ‘troublemakers’ in the industry resonates for not only the products we’re offering, but the way we go about our business,” Kennedy said. “We don’t plan to be stationary. We plan to make sure that we are challenging the status quo.”

After a substantial amount of customer research to understand what consumers are looking for, Kennedy noted the company was looking to recapture some of what made the business so competitive throughout the 80s and 90s.

“Something that came back to us was that these snowmobiles are growing in cost and size every year. We needed to provide a vehicle that was accessible to the average consumer, but also had capabilities so it wasn’t taking any shortcuts and could actually provide a midsize snowmobile experience meant for everyone. That was the idea behind the Blast,” said Kennedy.

“This is going to bring people back to what other machines felt like as far as size and agility, with a much more advanced suspension (and engine). We feel there is a big priority to bring access to a greater percentage of people. With this Blast model we’re doing our part to make sure we allow people the opportunity to get back into the sport or have a product that is much more suitable for a member of the family.”

Far from preparing an exit strategy from the industry, Kennedy says Team Arctic has its eyes pointed toward the future.

“We intend to be around for a long time; for many, many more years. Just because we’re changing the way we do business, does not mean we have any thoughts of exiting it,” Kennedy said. “We have a strong brand and following. We intend to continue to grow the snowmobile business.”