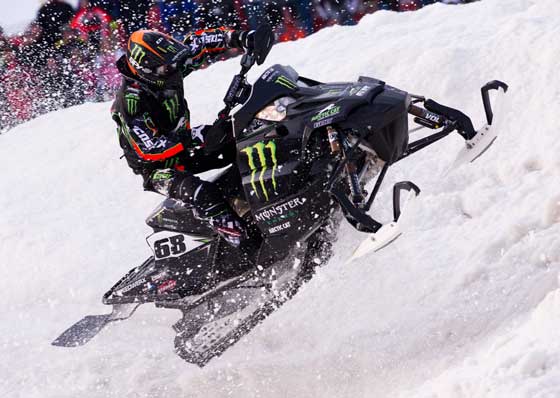 “We are extremely excited to have the Hot Stuff Pizza brand associated with such a great champion as Tucker Hibbert,” exclaimed Orion’s CEO Michael Skillingstad, “Tucker’s success is unprecedented on the ISOC National Snocross Tour and ESPN Winter X Games. From a business and marketing point-of-view, our partnership with Hibbert is truly a win-win.  Many of our restaurant franchisees and customers are Tucker Hibbert fans, and will be excited to learn that Tucker is a Hot Stuff Pizza lover.”

Hibbert agrees and states, “I’ve been a huge Hot Stuff Pizza fan for years.  It’s definitely my favorite go-to meal when I’m traveling and an absolute must after a long weekend of racing.  I can’t wait to share my passion for the brand with race fans and snowmobile enthusiasts everywhere.”

“Our grand prize is a Snocross fan’s dream,” says Skillingstad, “Hot Stuff is giving away an all-expense paid trip to the ISOC Canterbury National in Shakopee, MN January 2013. The race package includes lodging, a suite at the race, passes to the pit area and an opportunity to meet Tucker and his crew.”